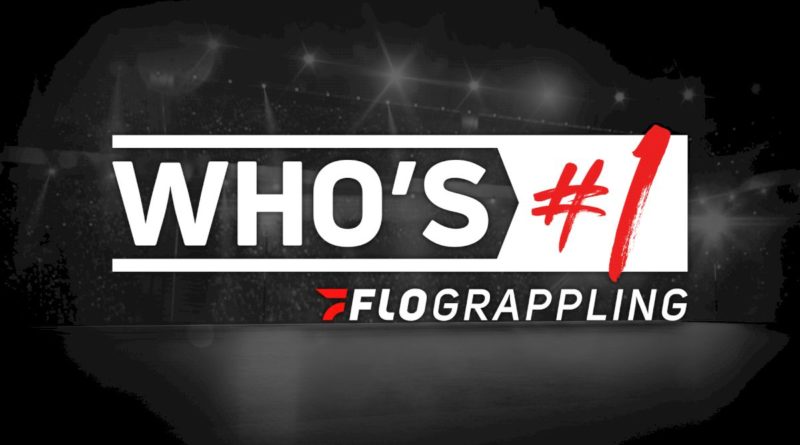 Each week the Half Minute Highlight will break down a sequence you may have missed from the week’s grappling. We won’t only focus on the big names or the flashiest techniques – they speak for themselves. We want to highlight the interesting bits of a match you might have overlooked. Click here to see the full collection of Half Minute Highlights.

The Who’s Number One event last Saturday lived up to the hype providing a night of action-packed grappling full of upsets and dramatic competition. One stand-out match was billed as a cross-over between the grappling and strength training world, pitting Cassio Werneck purple-belt Nsima Inyang against Gracie Barra blue-belt and strongman competitor Chad Wesley Smith. Both atheletes compete in the ultra-heavyweight division. The full match can be viewed here (skip to 4:35 for the start of the match).

Nsima Inyang stated in his post-fight interview that he drew inspiration from his smaller training partners and wanted to turn this match into a game of pull guard, sweep, and submit. He did exactly that, employing classic Jiu-Jitsu guard work to keep Wesley Smith on the back foot throughout the match, eventually landing a strong sweep. We’re going to take thirty seconds of the match to break the pivotal sequence down.

Here’s the match! Thanks @flograppling and @f2wbjj for the footage and allowing us to showcase our BJJ! Can’t wait for more strength athletes to get involved in the sport!

True to his word, Inyang took a tried and tested route in this match. He pulled guard early and worked to establish a dangerous collar and sleeve guard on his right side. Wesley Smith obliged Inyang, choosing to pass low and slow with forward pressure. Inyang did a beautiful job allaying that pressure with strong frames with his legs, an ever-threatening cross collar, and the occasional leg lasso. Inyang leveraged these tools to attack scissor sweeps and threaten triangles throughout the match.

Eventually the match settled into a brief closed guard and Nsima Inyang found an opportunity to turn his early threats into points. The sequence begins at around 3:00 remaining on the clock.

After a brief grip exchange Inyang capitalized on Wesley Smith’s insistence on the collar grip and set his collar sleeve grips, while Wesley Smith’s left arm was out of position. Inyang sprung his trap, initially attacking with a scissor sweep with a high left knee over Wesley Smith’s right arm. As Wesley Smith planted his considerable base to resist the sweep, Inyang floated his left leg high over Wesley Smith’s shoulder and clamped the neck to begin attacking the triangle.

Wesley Smith defended this triangle attempt well and threw his right arm over Inyang’s clamped leg and began to attack the over under pass. Inyang slowed his progress by maintaining a right-hand sleeve grip, buying him enough time to make the crucial adjustment he needed.

As Wesley Smith completed the throw-by of the leg, Inyang established a strong elbow push grip and built a strong base off the mat with his free arm. He built this base further and brought his hips high to close off the path to the back. Wesley Smith instead opted to attempt to snatch a low single leg grip, occupying both his arms in the attempt. This allowed Nsima Inyang to base both of his free arms on the mat and completely withdraw his free leg. He pivoted and drove his tied-up leg back into Wesley Smith, before sprawling on top turtle and spinning to attack the back. Wesley Smith defended the back attack by flattening himself on the mat conceding top position, giving Inyang the two sweep points.

What makes this sequence special is that Inyang clearly adapted throughout the match. A near identical sequence earlier in the piece had him inverting hard to re-establish his guard as Wesley Smith attacked a strong throw-by pass off an earlier triangle attempt (see 5:30 on the match clock). One small adjustment and impeccable timing turned this same sequence from an almost pass against Inyang into a definitive sweep for the purple-belt.

The remainder of the match was a strong display of dynamic half guard passing, mount and back maintenance by Inyang. The finish came when Wesley Smith attempted valiantly to escape mount, before overextending and being caught in a classic armbar from the top.

Touted as something of a freak-show fight on a stacked card of Number One talent, this match delivered clean, classic jiujitsu from two game competitors. We’re excited to see where Inyang is competing next and where his dangerous guard can take him.

The match “Battle of the Behemoths” (thanks for that @canibeat) between myself and The Juggernaut @chadwesleysmith aka Big Poppa ???? was awesome. Chad is by far the strongest opponent I’ve ever rolled with and I felt unsure how I would fare against him. Thanks to my professor Cassio and the awesome training partners @cassiowerneckjiujitsu we came out with the win via armbar submission! I’ll get footage of the match soon and talk about specifics, but first off, big ups to Chad for setting this match up. Without him, we wouldn’t have been able to get on @flograppling ‘s stage and represent for the strength/bodybuilding community! I need to get down here to Costa Mesa more often so we can train together! I seriously can’t wait to hit up Pan Ams and Worlds this year in the Purple belt division. We get right back to training tomorrow, lots of work to do! Let’s get to it! #WerneckLegion #TeamST #BreakTheBar