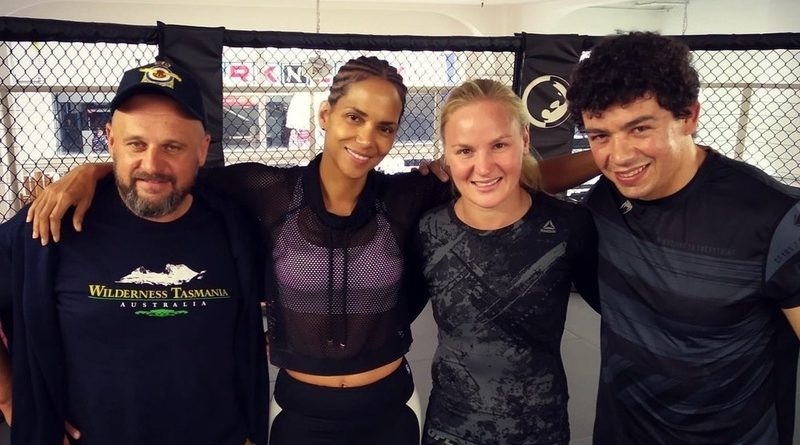 Halle Berry is set to make her directorial debut with her latest film, Bruised, where the star plays the leading role of a disgraced former MMA fighter who is forced to face her shortcomings as a parent and as a competitor. While most Hollywood stars avoid doing their own stunts, there are plenty of stars out there who seem to take training for combat sports roles very seriously and the difference definitely shows in the quality of the finished product. Halle Berry is no stranger to the dedication required to film realistic fight scenes as she also starred in John Wick 3, one of a series of films with Keanu Reeves in the leading role and the whole series is very highly regarded for it’s realistic fight choregraphy and usage of Judo and BJJ techniques throughout.

Halle Berry recently appeared on The Tonight Show starring Jimmy Fallon in order to discuss the impending release of Bruised along with her MMA training and preparation for the role. She revealed that during her training and sparring with the current UFC Women’s Flyweight Champion, Valentina Shevchenko, she suffered her fair share of broken bones. This is something that shouldn’t be all that surprising seeing as Berry has been spotted with various minor injuries over the last year that she’s been working with Shevchenko.

The full interview can be seen below and the discussion starts to turn towards her latest film, Bruised, just after the 6 minute mark:

Like most martial arts films, Bruised will no doubt serve as a jumping off point for many people to actually start training and regardless of what individual practitioners feel or think about the film and how it portrays MMA, the potential increase in training partners can only ever be a good thing.

Or for the latest in MMA-related news, click here.