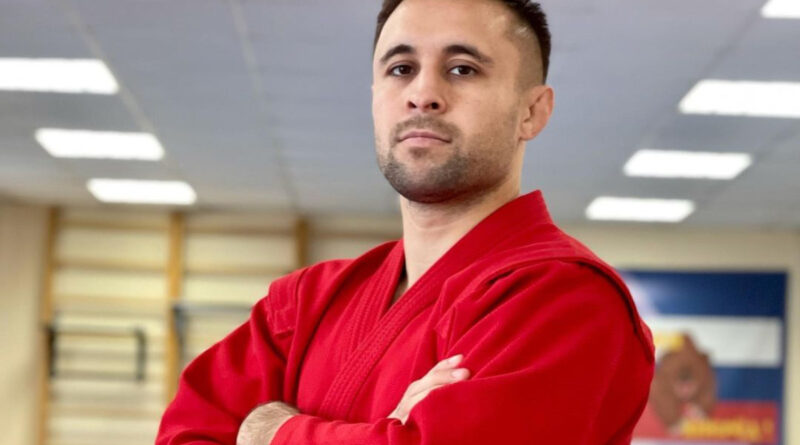 Uali Kurzhev didn’t get the memo that Kade Ruotolo is one of the world’s top pound-for-pound submission grapplers.

On Friday at ONE on Prime Video 3, Kurzhev will take on Ruotolo for the inaugural ONE lightweight submission grappling world title. And although Kurzhev is ultra-accomplished in the world of Sambo (he is a four-time world champion), he is essentially brand new to no-gi grappling.

Understandably, the Russian is a massive underdog to Ruotolo, who just became the youngest ADCC champion in history, submitting all four of his opponents at the prestigious tournament.

Despite Ruotolo’s accolades, Kurzhev is shockingly quick to downplay his opponent’s skill set.

“I have analyzed my opponent; he has decent skills both on the ground and in stand-up,” he said in an interview with ONE Championship.

In fact, Kurzhev admits that he had zero knowledge of Ruotolo prior to being offered the world title match against him.

“Didn’t know about him, first time I heard his name was when I got offered this fight,” he said.

And although Ruotolo has never been leg locked in no-gi competition and collected two heel hooks of his own at the 2022 ADCC World Championships, Kurzhev has devised a game plan around leg locks.

Sambo, after all, specializes in lower body submissions.

“We discussed a game plan with my coach,” he said, “and the plan is to build our strategy around leg locks, as they are practiced in both Sambo and BJJ.”

For his part, Ruotolo has said that he also plans to attack his opponent’s legs if the opportunity presents itself.

The Sambo practitioner also feels he will have the advantage on the feet, as both Sambo and judo focus on takedowns. Ruotolo has said that he too plans to engage in a wrestling battle.

Again, Kurzhev is confident that the takedown skills he has developed in Sambo will overcome whatever the BJJ-style wrestling of Ruotolo.

“Sambo’s advantage is its developed stand up. We will fight in a cage, which is convenient – I will be able to push him against the cage,” Kurzhev said.

While the Russian may seem dismissive of Ruotolo vaunted submission skills, he is ultimately aware that he is a newcomer to submission grappling whereas his foe is already at the top of the sport.

“We will fight under grappling rules, which are quite specific, especially for a sambo practitioner,” Kurzhev added. “Sambo misses some elements of the BJJ game, so I feel I am going to be more on my opponent’s territory.”