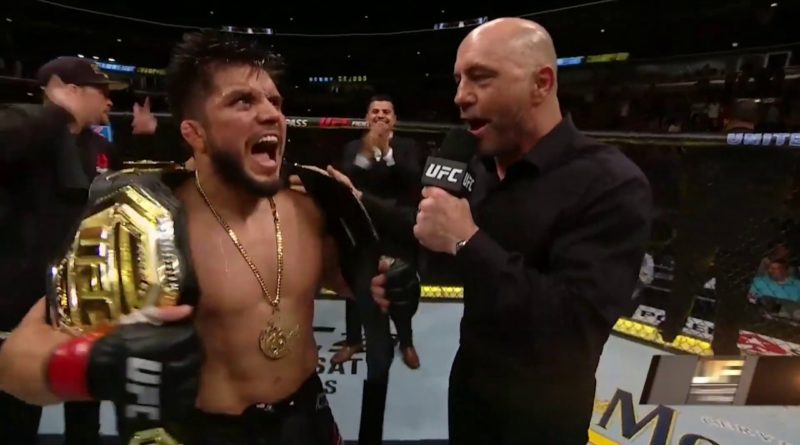 It’s official, Henry Cejudo retires from professional MMA at the very peak of his career after successfully defending his UFC Bantamweight Championship title against Dominick Cruz at UFC 249. As Cejudo himself said, he’s done everything that he possibly can in the sport and has achieved things that puts him in the very top section of combat sports royalty. First, he won an Olympic Gold Medal, something that sets him apart as the very cream of the crop when it comes to Wrestling. Then, only five years and fifteen fights deep into a professional MMA career, Cejudo makes history by becoming the man to dethrone one of the greatest MMA fighters of all time, Demetrious “Mighty Mouse” Johnson, in their Flyweight Championship bout.

This alone would have given Cejudo reason to warrant induction into the UFC Hall of Fame over the coming years, but to then welcome the reigning Bantamweight Champion, T.J. Dillashaw, down to his weightclass and put on a resounding beating, that sealed the deal. The last year is what propelled Cejudo to stardom as he moved up in weight to earn a second UFC title and UFC 249 saw him defend that title by beating one of the consensus greatest Bantamweights to ever do it, Dominick Cruz.

Henry Cejudo retires as a two-weight UFC Champion, Olympic Gold Medalist and a shoe-in for the UFC Hall of Fame. The vast majority of UFC fighters retire either after their career takes a downturn, or get forced into retirement due to an ever-increasing list of injuries, so for Cejudo to go out at the highest moment of his career, is truly remarkable to watch.

Or to purchase UFC FightPass and watch the replay of UFC 249, click here.