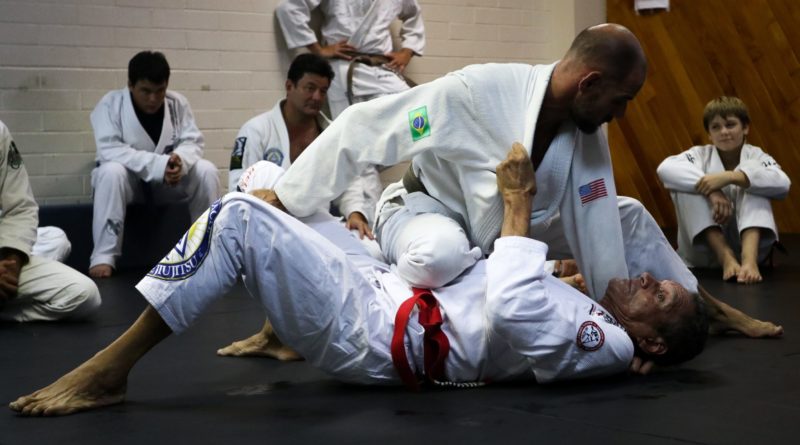 Life has a tendency of keeping us on our toes. A few months ago, I wrote an article about how to deal with panic attacks while training BJJ, but little did I know that a major mental health episode was lurking around the corner.

The thing about mental health issues is that there really isn’t a cure just remissions. I spent most of my teens on medication after being diagnosed with panic disorder, generalized anxiety disorder and depression, but eventually all my symptoms disappeared. For 8 years I was completely symptom free, but the last two months have brought my struggles back with a vengeance.

My identity had in some respects been constructed around the fact that I had “recovered” from my mental issues, I felt invincible at times, immune to anxiety and depression. I would later learn that relapses are quite common and unpredictable, the weird thing about anxiety is the symptoms aren’t always the same and this is how my descent into a mental health crisis began.

The last year has been quite stressful for me. There were some issues in my personal life and I went self employed to launch grapplinginsider.com and I felt like I was handling myself well. No matter how stressed I was I could always find solace on the mats and I used jiu jitsu as a distraction for what was going on in my mind.

It all started with a niggling neck pain. A sore neck is nothing out of the ordinary in BJJ, so I just continued to train through it. Eventually the pain worsened and it was joined by some intense vertigo and dizziness. One night I had to leave the gym mid-session and quite honestly I was certain I was about to die.

I ended up in A&E and was diagnosed with Benign paroxysmal positional vertigo, given some medicine and I was happy enough to know that this illness would only be temporary. Over the next few days, the symptoms got worse. I ended up in A & E twice more, on the final occasion I was violently sick and I was so dizzy I couldn’t stand. I was sure that I had a brain tumor, a heart condition, or something that was imminently going to kill me.

After all my tests came back negative, my doctor told me that she thought it was anxiety. I was shocked, I have been symptom-free for years, trained a lot and competed without any anxiety, so I couldn’t and wouldn’t believe the diagnosis. I spent the next few weeks trying to ease myself back into BJJ and take the anti vertigo medicine I had previously been prescribed, but it seemed like every time I got onto the mats the symptoms got worse.

Eventually I realized that my symptoms were all being caused by the fight or flight response. My neck muscles were seizing up due to stress and that was competing a vicious cycle of anxiety reinforcing my physical symptoms and me becoming hyper-aware of every bodily sensation to the point of obsession.

Explaining anxiety to someone who has never suffered it is difficult. For me its a dark specter that lingers in the periphery and feeds off every vulnerability I have. Anxiety catches every doubt I have and before I can dismiss them, it exasperates it.

The hardest part of my mental health crisis was not being able to train as much, or as hard as I would like and when your only form of income is writing about something you love, but can’t do it gets hard. I am pleased to say I am over the worst of this episode, but I know I’m not alone 1-2 percent of the population suffer from panic attacks and I hope I can give you some advice on how I have gotten better.

The first thing my gp did was offer me an anti depressant, but I declined. I have previous experience with them and I’ve honestly never found them helpful and there is some debate about how effective they are for treating anxiety. The gold standard of treatment for anxiety is cognitive behavioral therapy and while the waiting lists are long in the UK, the beautiful thing is that its effective to do it yourself. I found this book really helpful for helping me to understand/implement CBT principles.

At the time of my mental health crisis I was also consuming a lot of caffeine and by a lot, I mean A LOT. On an average day I was probably having two Monster Zeros and a coffee or two. In hindsight I can see how I was priming myself for an anxiety attack. I have cut caffeine out completely and while I miss coffee dearly, it isn’t worth the anxiety.

I have become a supplement nerd. I always dabbled in supplements, but since this episode I have really invested time and research into sorting out a good stack to help my body and mind. I tried CBD oil, but it made my anxiety worse, I’m guessing my endocannabinoid system just doesn’t work right as I know others who swear by it. My life saver has been Ashwagandha which has been scientifically proven to reduce anxiety.

Annoyingly doctors will likely push you to try anti depressants instead of cleaning up your diet and telling you to exercise more. I will say that during my crisis diazepam was a life saver and helped to turn off my nervous system when it was in complete free fall. It gave me the room to start working on myself without dealing with constant panic.

Getting back into jiu jitsu helped and I wouldn’t have been able to do it without the understanding of my coaches and my teammates. If you are struggling talk to your teammates and you’ll be surprised by how many struggle too, or those who will just support you anyway.

Recovery from a mental health crisis isn’t linear and you will struggle at times, but it is completely doable. The prognosis for anxiety disorders is incredibly high and you are not alone in going through it.

If you’re struggling with anxiety feel free to email me and I will help you in anyway that I can.