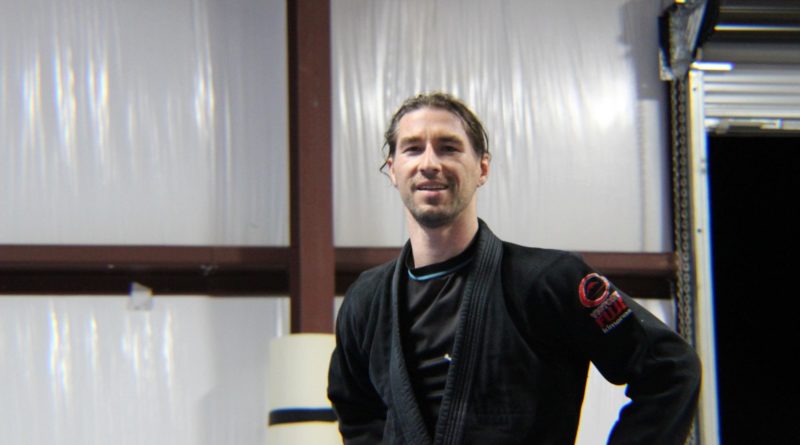 My name is Josh ‘Kintanon’ Wentworth, I am a 4 stripe brown belt who has been training BJJ for 13 years as well as 10 years of Taekwondo and 2 years of wrestling and I recently built a gym from scratch. After 25 years of dreaming about running a martial arts school, I just opened my own Brazilian Jiu-Jitsu training facility in Covington, Ga. (click here to visit us!) While that 25 year journey was pretty harrowing for me the details are largely irrelevant to everyone else. So, instead of talking about how tough it was and how hard I worked, I’m going to talk about what I built and why.

Where did I put the gym?

I originally looked at several options, leasing commercial space, leasing industrial space, buying property in the city, and building on my own existing property. There are pros and cons to each option.

Commercial space is usually high visibility, high foot traffic, and very expensive per square foot. In my area I was looking at $1.50/sqft/month or more for a useable sized space. The absolute minimum possible space I would consider is 1000sq ft and I was given a price of $1600/month for that in a commercial location.

Industrial space is much cheaper per square foot, but you usually have to lease a much larger space, and it is generally in a worse location for foot traffic and visibility. I found multiple 5000sq ft offerings at the $.75/sqft/month range, but doing some quick math will tell you that’s $3000/month, which is a pretty large risk to be taking.

If you already own property it can be much cheaper to simply build the gym from scratch on your existing property, but your zoning has to allow for the building in the first place and you have to be pretty confident that your zoning board will allow for the property to be used for commercial purposes before you put that kind of money into it. This is the option I chose since I have property that’s currently zoned AR (Agricultural/Residental) that allows me a lot of leeway with what I have built. My total cost for construction of the building ran just about $95,000 for a 2400sq ft facility. Significantly cheaper than any other option.

And for everyone from California or Vancouver looking at those real estate prices and thinking “Half a million for commercial property? I’ll take three!” remember this is the southeast, everything is cheaper down here.

What did I actually build?

Construction options vary widely based on your geographical location. I’m in Georgia so snow and freezing temperatures isn’t really a concern, but heat and humidity are. I opted to avoid a stick built building and instead went with all steel construction. I used a local company called Steel Co. that handles the entire process as a turnkey buildout. As a result I had constructed a 60 ft by 40 ft building with a 16-18ft roof. The high roof makes the building much easier to cool in the summer.

What about permits, insurance, and other bureaucracy?

Any facility you construct needs the standard building and fire inspections done, and because my facility was built on a non-commercially zoned space I had to acquire a Conditional Use permit to be able to conduct business there. My local planning and zoning commission was extremely helpful when it came to navigating this process for me, but that won’t be the case for everyone. I saw several people attempting to run businesses from their homes have their permits denied because of lack of due diligence on their part regarding the legal requirements and obligations they had to meet for their specific circumstance prior to getting a business license.

I also acquired martial arts specific insurance from a company called K and K insurance which specializes in insuring martial arts schools. The cost was right at $900 per year and they provide up to $150,000 in medical coverage if someone is injured in the gym as part of training.

What did I put in the building?

The bathrooms and showers were simple enough, I had my contractor include them as part of my build. He framed them in for me, and finished them down to the stubbed plumbing. I installed the sinks and toilets and other fixtures myself, including the ADA required safety rails and such.

The mats were a more difficult decision making process. The industry standard is Zebra Tatami panels. I hate training on these. The panels are stiff and unyielding and the tatami surface feels like sandpaper on my skin. Getting taken down on Zebra mats hurts every single time. I opted to go back to my previous source for home mats, AK Athletics, and explore their wrestling mat options. They were able to provide me a 40’x40′ set of lightweight rollup mats in 20’x5′ sections, with practice circles printed on them, for only $6500, which is an absolutely great price. However, I knew that just the wrestling mats over concrete wouldn’t be enough so my next thought was to build out a spring floor beneath them.

It turns out that 1600sq ft of double layered plywood puts the starting cost at about $1500, plus the foam blocks, plus the labor to build it. I did some reading about the actual impact absorbing qualities of the foam used and the floor itself and determined that a layer of closed cell gymnastic foam under the wrestling mats would be at least as effective. I was able to pick up seven 6’x42′ rolls of 1.25″ foam from Carolina Gym for $325 apiece, effectively identical to the final cost of the sprung floor, but the only labor I had was rolling them out. Well worth any small additional expense. As a result I have been power bombed out of a triangle choke by a 6’2″ guy and it felt like being thrown into a pile of fluffy clouds.

Strength and conditioning provided another challenge, one that I have temporarily met by providing a basic squat rack, bench, pullup station, and rower. I’m not at all satisfied by the current configuration and I have plans to expand it in the future to a Pullup rig with multiple power cages.

How do I manage my students?

A: This was an easy one for me. MA on Rails was a simple choice that has been amazing for every function I could possible want for managing my students. I highly recommend them.

A gym has been built from scratch, mats have been provided, but what do I do now?

For me advertising and social media has actually been the most difficult part of opening a gym. My primary social medial outlet is Reddit, which doesn’t really lend itself well to locally focused advertising. I had to go on a social media construction campaign for the gym. I created an instagram page, a twitter page, a facebook page and group, and probably some other things that I’ve since forgotten about. I’m still stumbling along with managing the social media side, but it’s working well enough.

I had a small group that were already waiting to start training with me, so I got to launch with about ten regular students attending, but part of my planning and budgetting was to make sure that I could run the gym at zero revenue indefinitely. I was able to keep my day job while opening the gym, so for me the financial risk is quite low even if it’s only ever me and my ten initial students putting in work.

If I could give advice to anyone wanting to open their own gym, what would it be?

Don’t do it. Like all small businesses, gyms have an absolutely insane failure rate. They can put you deep in debt and turn the sport you love into a grinding nine to five job that you hate. The smart play is just not to risk it. Most importantly, anyone who is discouraged enough to give up based on my advice isn’t going to survive the process anyways. You have to be able to grind through way more adversity than someone you’ve never heard of on the internet telling you it’s a bad idea.

The second most important piece of advice I can offer is to do your research WELL ahead of time. Talk to your local chamber of commerce, talk to your local zoning department, talk to other business owners in the area. Get as much information as you can about your specific situation because every country, county, and city will be slightly different and the last thing you want is to sink your life savings into building something only to be told by the county that you now own a big fancy building you’re not allowed to use.

Why would anyone train at my gym when I am pretty much nobody?

This is where I take this opportunity to get on my soapbox about training methodology in BJJ for just a minute. The traditional methodology is quite frankly terrible. Putting a group of differently skilled people of different shapes, sizes, and fitness levels into a room and teaching them all exactly the same thing in exactly the same way is one of the least efficient ways to teach that it is possible to contrive. At best you’re teaching to 20% of the room. Some number of people will have already seen the technique a thousand times and not need to see it again to be able to practice it, others will not have the foundational supporting skills yet to be able to attempt the technique properly, and yet others will be a sufficiently different body type from the instructor that substantial modification is required for them to use the technique in their own game.

Instead of this 20% efficiency lecture structure I have adoped the reversed classroom. I created a curriculum for my white belts that guides them through learning jiujitsu in what I believe is the most cohesive and efficient way. Each student knows their lesson for the day and has access to instruction breaking down the technique along with options and modifications, including the underlying principles that make the technique work. When the students arrive at class they have fifteen minutes to go over whatever material they may not have had an opportunity to review outside of class and then we begin drilling. Thare are no long lecture periods. The gym is focused on maximum reps, maximum training time for each student, and maximum individual progress. I think that not only is this a superior method for producing skilled grapplers, but that it’s a superior learning experience.