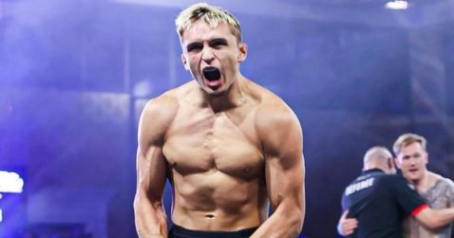 ADCC veteran Jay Rodriguez spoke to Grappling Insider about the use of performance enhancing drugs (PEDs) in jiu-jitsu and submission grappling.

Few athletes have seen a quicker rise to the top of submission grappling than Jacob (Jay) Rodriguez.

Following the path laid out by his older brother, two-time ADCC silver medalist Nick Rodriguez, the 20-year old from New Jersey is just two years into his jiu-jitsu journey but already an elite competitor. In April, he won the ADCC West Coast Trials – the biggest Trials event in history – on the strength of a 100 percent submission rate.

And while he would come up short in his first ADCC appearance, losing a very close match to current Who’s Number One light heavyweight champion Pedro Marinho in the opening round, Rodriguez has firmly established himself as a world class grappler.

Given their rapid ascension through the sport, Rodriguez and his brother are frequently accused of using PEDs. In a recent conversation with Grappling Insider, Rodriguez responded to those accusations.

He also spoke about his experience at ADCC, the training atmosphere at The B-Team, the budding rivalry between Tye Ruotolo and Gordon Ryan, and much more. Check out the full interview below.

Rodriguez explained why he chooses not to use PEDs in a sport in which the majority of top competitors are:

“Honestly, I’m surprised that I get accused, but also not. I don’t know. For me, there’s so many people that use, do whatever in this sport and I didn’t realize that until I really got into it. It’s kind of frustrating because, for me, say if I started using, and then I won, say I won ADCC. In the back of my mind, I would be like, ‘Could I have done this naturally?’ And that would honestly haunt me for the rest of my life. I couldn’t do that. On top of that, if I lost, and I wasn’t a natural athlete, how are you losing and you’re cheating? How? I feel like either way, for me, I couldn’t do that.”

Jay’s brother, Nick Rodriguez, experienced a similar rise to the top of the grappling world. Given his build (he is a heavyweight) and athleticism, Nick is typically accused of using PEDs. Jay responded:

“A lot of people accuse Nicky Rod of using, as well. I can see it because he’s so big, but a lot of people don’t know that he was a bodybuilder before he was even grappling. He’s been bodybuilding for seven or eight years now, previous to jiu-jitsu. It’s frustrating. He gets so much that he doesn’t even respond to it. So I respond to it, defending him because I don’t want to hear any of it…

“I’m for testing. I’m for all of that. But at the same time, the sport would probably not be the same because no one would be allowed to compete.”

Rodriguez also weighed in a potential match-up between ADCC champion Gordon Ryan and Tye Ruotolo – a rivalry in which Ruotolo has made Ryan’s usage of PEDs a focal point:

“The size difference… it’ll be a big factor in that match. Let alone a natural athlete competing against, everyone knows Gordon is on stuff. It’s so frustrating to talk about, but I would want Ruotolo to win.”