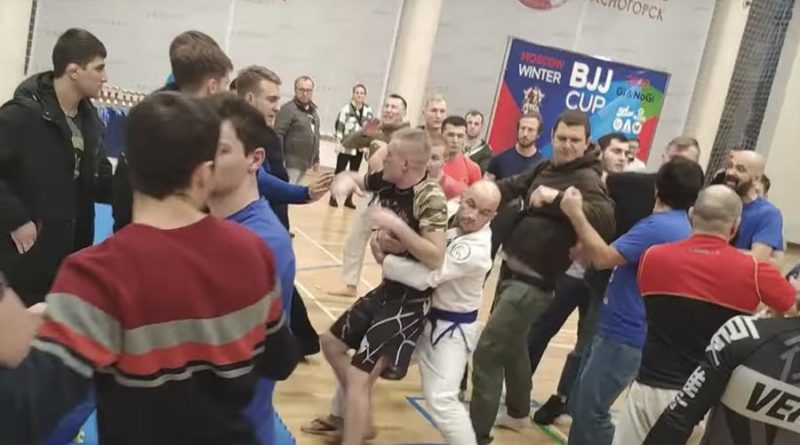 It’s a question that’s almost as old as sport itself and definitely a hell of a lot older than BJJ, but to what extent is “being a role model” actually important? Our sport isn’t unique in facing this question more and more often as we speed through the 21st century, from Tiger Woods, to Luis Suarez to Floyd Mayweather, every single sport has phenomenal competitors that are otherwise less than stellar role models for young children and adults. But martial arts are unique in the sense that one of the longest lasting cliches is that martial arts are supposed to teach you humility, respect and honor, all things that a bad role model tends not to display.

What Makes A “Bad Role Model” In BJJ?

It’s far easier to define a bad role model than a good one, especially when it comes to a sport where it’s viewers enjoy trash talk and violence within the context of the sport. The first and most obvious qualifier would be simply cheating within the sport itself (PEDs as an example). That’s the one thing that we definitely should care about and no matter what, is definitely not setting a good example for those coming up in the sport. This is more to do with the inherent unfairness of gaining an unethical advantage, as opposed to what example you set. But this is something we already punish, at least when it is tested for and proven, usually by stripping titles and handing out suspensions.

Where it gets a little tricky is when we discuss conduct off the mats, as opposed to on it. One of the most obvious examples of being a bad role model are getting into unsanctioned fights, outside of your sport. This is something we see so often in BJJ and MMA with the most notable examples being BJ Penn’s numerous street fight videos and Dillon Danis being involved in a nightclub brawl (in his defense, he didn’t appear to initiate this fight). In rare occasions, these unsanctioned fights might even happen during a sanctioned event like Erberth Santos sparking a brawl at the BJJ Stars event last year.

Being a bad role model does start to get less and less connected to BJJ as a sport, the further you look into it. The next examples would be legal trouble unrelated to fighting, but is that something we should really take into consideration? Perhaps the most famous example of this in MMA is Jon Jones, who’s biggest challenges have come from legal troubles outside the cage, like his recent DWI charge. Not just this, but something that’s disturbingly prevalent in combat sports are sexual assault or domestic violence charges, which appear to surface on an almost regular basis.

Further again, is something as mundane as trash talk. A martial artist is historically presented as the stoic warrior, unfazed and unwavering. In the 21st Century though, trash talk draws eyeballs and those eyeballs are the ones that pay your bills. It’s no surprise then that a number of modern martial artists have taken to brash and sometimes offensive (to some people) public personas. The first example of this was Dillon Danis, who emulated his friend and training partner Conor McGregor in bringing trash talk to BJJ. He was joined by AJ Agazarm but in recent years, Gordon Ryan has taken it to a whole new level and has seemingly been rewarded handsomely for a combination of his talent, and his personality.

Should It Actually Be Important To Us?

It’s quite hard to answer definitely because we need to appreciate that not all of the factors listed above are of the same level of importance. Realistically, there are people who would consider trash talk abhorrent and would believe that a brash public persona is enough to hold against you when discussing your greatness. In my opinion, trash talk is just a part of the sport now, we need to get used to it, and start loving it. Boxing had the same problems back in the 60s and 70s when thousands of purists hated Muhammad Ali who, in retrospect was comparatively quite tame. But fast forward thirty years and nobody even batted an eyelid when Mike Tyson threatened to eat Lennox Lewis’ children.

Legal troubles can be just a little bit harder to forgive, but it all depends on what that crime is and your personal views on it. When Relson Gracie was arrested for Marijuana possession, many fans simply didn’t care because they disagreed with the law he was being punished for breaking (he was later cleared of all charges). Likewise, most fans saw no issue with Jon Jones testing positive for Cocaine prior to a fight, but were disgusted by him being charged with a Hit and Run on a pregnant woman. This is something you can make your own mind up on and it’s easily possible to respect and appreciate someone’s talents, without respecting or appreciating them as a person.

The only thing we should demand to effect someone’s BJJ career is cheating, or PEDs. Any legal issue will carry it’s own punishment and if you think that issue writes off that person forever, you don’t have to watch them fight or buy any of their instructionals. If you’re more inclined to be forgiving on the charge they’re convicted of, you shouldn’t feel ashamed in enjoying them competing or trying to learn from them. As for trash talk, that’s where the entire BJJ community needs to put their big boy pants on and accept that this is the most effective way for the sport to generate more viewers and as a result, more money for the athletes.