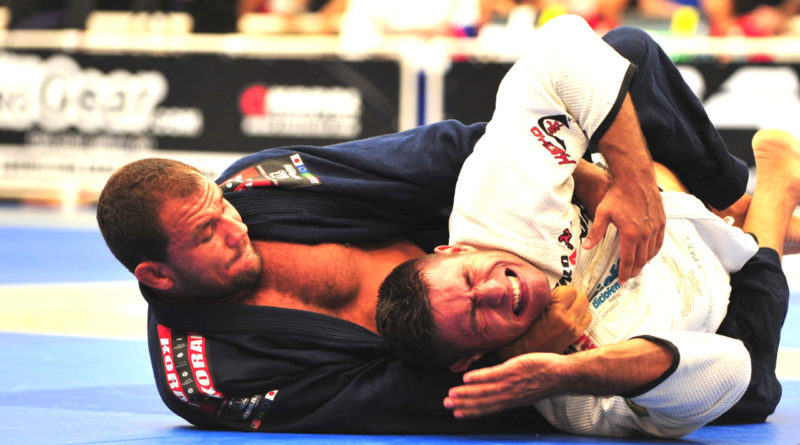 BJJ is known to be the most effective self-defense martial art, for its control, and being able to snap someones bones or put them to sleep. Comparing BJJ Vs some other well-known martial arts – is BJJ the best self defense martial art? Let’s see…

The Black Belt Karate guy panics, and runs towards the BJJ fighter, allowing him to achieve a solid take-down. The BJJ fighter ends up dominating the whole game, securing an arm bar submission within under a minute.

The more time Spijkers stalled with Renzo in his guard, the more time Renzo had to apply his weight and think strategically about his next move. Resulting in him breaking out of his guard, catching his back and punching the back of his neck. The Judo fighter Ben Spijkers tapped to a choke after being submitted within two minutes and forty-eight seconds.

Perhaps Renzo was at a slight advantage not wearing the Gi? But let’s face it, he would’ve won regardless.

The BJJ fighter uses his head as a base and uses it to pin down his opponent before he walks his way around his guard – and eventually getting side control.

The boxer turns into the BJJ Purple Belt, and successfully gets out of the side control but the BJJ fighter doesn’t manage to cling on to his back.

The BJJ fighter keeps his distance to avoid strikes and then eventually closes up the distance to control the boxer, submitting him with an arm bar.

There’s not really a lot to write about this fight… considering the Wing Chun opponent got submitted by the BJJ fighter in THIRTY SECONDS.

The BJJ fighter did a quick level change before he managed to get a double under’s take-down, because the Wing Chun fighter ran towards him.

And then… all hope was lost for the Wing Chun fighter.

Within this video the BJJ Black Belt repeatedly takes down the Muay Thai Fighter with ease, within seconds of defending only a few knees to the stomach. It’s pretty much game over when you get taken to the ground by an experienced Brazilian Jiu Jitsu fighter.

BJJ Vs Tae Kwon Do

Adrian (BJJ Guy) achieves full control towards the end of the fight, having the opponent turned on his side, trapping his arm so he’s unable to defend himself. Jessie (Tae Kwon Do) even says “this is pissing me off” as he continues to get repeatedly punched in the face and stomach with his arm trapped.

This is a good video to watch which discusses the limitations of BJJ against multiple people in a street fight, and the importance of being able to strike. Joe Rogan & Eddie Bravo discuss how in 1959 Bruce Lee was preaching whilst in the US that, “someone who’s been wrestling and boxing for one year can beat a life-long martial artist”.

All in all, I think every martial art has a quality which is useful for them in a fight scenario however, BJJ is good for overall self-defense. Yes, you might not necessarily win in a street fight, but if anybody tries to get up close and personal you have a few tricks up your sleeve.

Although – the Joe Rogan clip is food for thought – as striking would most probably be compulsory in a street fight.

Read my most recent article, The Health Benefits of BJJ here.