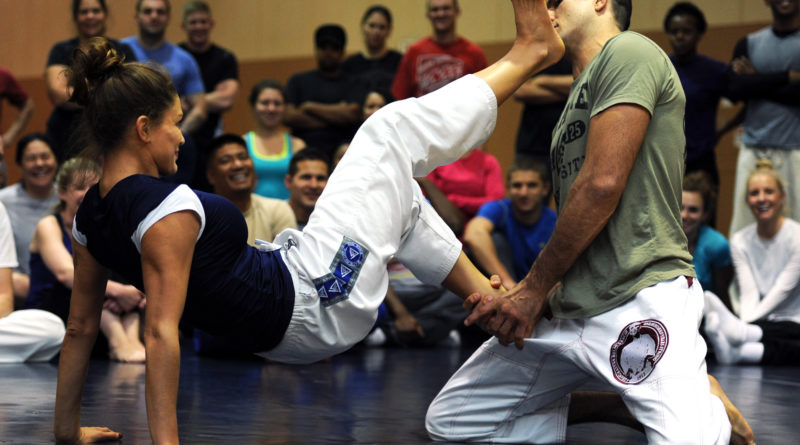 In the Jiu Jitsu community, we seem to make a big deal over self defense. This is understandable, as Jiu Jitsu rose to prominence with the claim that it was the most effective martial art. The Gracie challenges and the early UFC marketed Jiu Jitsu as being highly effective in an environment with little to no rules. People wanted to know who would win in a “real fight,” without the rules enforcing or rewarding any one style of fighting.

However, one thing that the modern martial arts revolution has proven is that rules are important. The UFC removed a lot of the mystique around many so called “martial arts.” It proved over the years that the most effective fighting styles were all combat sports with a heavy emphasis on competition. This makes sense, because those styles were constantly testing and refining their techniques and strategies.

Which is why it is strange that the Jiu Jitsu community should still have such a fascination with self defense and no rules environments. Wrestlers, for example, never discuss whether they could pin someone in the streets despite plenty of evidence to support this statement. They only care about success in competition.

So why bother with anything other than MMA if your goal really is to become a better fighter? This is where rules come in. When everything is allowed, the sport can never develop in a particular direction. More to the point, individual athletes will rarely ever specialize in any one area.

There are advantages to improving in a given area. Obviously time is a factor. Even professional athletes can only become so skilled in any one area if they continue to spread their focus. There is also the matter of preference. Some people just enjoy grappling more than striking.

More than that, though. All areas of fighting are not created equal, and not every self defense situation requires the same response. Striking is inherently violent; it is all about inflicting damage in a calculated way. As soon as you throw a punch, you have raised the stakes. You will probably hurt someone or maybe even be hurt yourself.

If you want to control the person without hurting them, grappling is ideal. If you want to restrain someone until the police arrive, you need to grapple. Of course there are disadvantages, like the way you must commit to the altercation and the severity of an injury via submission.

How To Train Jiu Jitsu For Self Defense

Anyone interested in real self defense should have at least some fundamentals down in every area of fighting. This means at least basic boxing and wrestling to complement your Jiu Jitsu, so you won’t get destroyed if your opponent manages to keep the fight where he wants it for longer than you would like.

More than this, you also need to be aware of how you rely on the rules in competition and how the implied “rules” of a possible altercation differ from what you’re used to. Take pulling guard, for example. In competition, your opponent must engage. In a real altercation, your opponent might be threatening someone else, and your job is to engage them to protect that other person.

A self defense situation is a very ambiguous classification. You might be fighting for your life or you might be avoiding minor damage as you try to extricate yourself from the situation. Your opponent will move in unpredictable ways and you might not always know what he wants.

What is important is that you feel comfortable controlling where the fight goes, to put yourself in a position where you feel in control. After all, you can’t rely on a referee to do that for you.