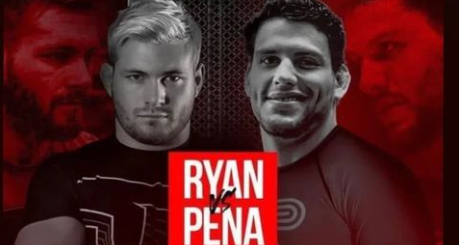 Gordon Ryan is feeling confident in his upcoming match against Felipe Pena, to say the least. After plenty of back-and-forth on social media, Ryan and Pena have signed contracts agreeing to bet their own money on the outcome of the match, according to ADCC head organizer Mo Jassim.

Ryan and Pena are slated to face each other on Sunday, August 7 in a no-time limit, submission-only match at Who’s Number One.

According to Ryan, an earlier version of the match contract included a clause in which the loser was required to hand the winner a large novelty check after the match.

Ryan and Pena have a fair amount of history. Pena first defeated Ryan in 2016, submitting him after about 45 minutes. The pair squared off again in the finals of the absolute division of the 2017 ADCC World Championships where Pena won on points.

Ryan and Pena have been trading insults on social media for the past few years; their match-up at WNO will be one of the most anticipated of the year and could set the stage for an even more anticipated showdown at the ADCC World Championships in September.

How to watch: Who’s Number One airs live on FloGrappling (subscription required).