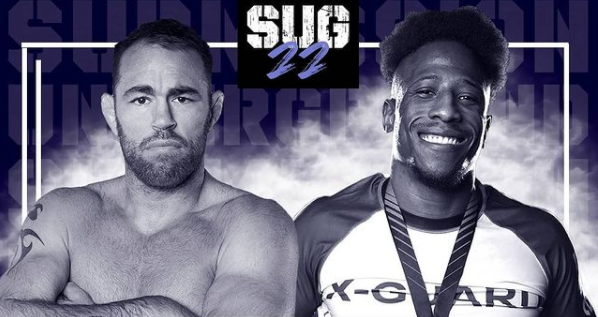 Long-time submission grappling and MMA veteran Jake Shields is set to return to action when he faces Kyle Chambers on the main card of Submission Underground (SUG) 22. The event is scheduled for April 25.

Coming from a collegiate wrestling background, Jake Shields is an accomplished MMA fighter and veteran of the no-gi competition scene. In MMA, he was a Strikeforce champion, fought for UFC gold, and holds wins over former champions Robbie Lawler, Dan Henderson, and Tyron Woodley. In grappling, Shields is a 2005 ADCC medalist, and has key wins over Dillon Danis and Gilbert Burns.

Shields last competed in May 2020, losing in overtime to Brent Primus at SUG 14.

Kyle Chambers should present an interesting style clash with Shields. He is a 10th Planet-trained grappler that prefers to attack from his back, and is more-than-comfortable attacking leg locks when available. Chambers last competed at SUG 21 when he defeated Chase Davis in overtime.

SUG 22 on April 25 will air live and exclusively on UFC Fightpass, and will feature a main event between champion Mason Fowler and challenger Andy Varela.