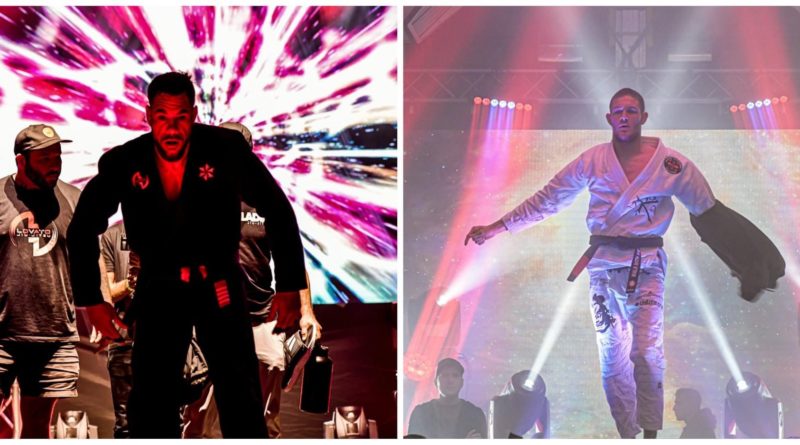 22 year old Jake Watson has a shot at beating a Jiu Jitsu legend on October 23rd when he meets Rafael Lovato Jr. at Fight 2 Win 155. Watson is 15 years younger than Lovato, but is no stranger to competing at a high level. Since earning his black belt in 2019, he has acquired gold medals at IBJJF tournaments and won 2nd at Pans last year.

However, Watson will be competing against a guy who has been in the sport since 1996. Lovato made a name for himself by being one of the first Americans to win IBJJF. “I respect Rafael very much, he goes way back with my professor, Andre Maracaba, training together.” Watson said when I asked how he felt about competing against such a well known competitor. “If anything, I feel very blessed to have the opportunity.”

The F2W stage has been a second home for Watson. This will be his 13th appearance for the promotion. But as things often go when competing frequently, there have been losses. And the young grappler is not bashful about learning from those losses. Over the weekend he competed at Pans and lost to Gustavo Batista in the absolute quarter finals. “That was a huge eye opener.” Watson said. “He honestly ran straight through me, and it revealed in a very blunt way, what areas of my training I have been neglecting.”

Watson will need to be on top of his game on Oct 23rd, if he doesn’t want a repeat of what happened against Batista. If there is anyone to exploit areas of weakness it’s Lovato. The multiple time world champ is now focused solely on Jiu Jitsu, after relinquishing his Bellator MMA title in February at the advice of doctors. In January, on The Joe Rogan Experience he revealed he has a brain condition called Cerebral Cavernoma. Although he put his MMA career on hold, he is cleared to grapple. And he’s staying active. He has 4 appearances this year in F2W alone.

Most recently, he lost a decision to Aaron “Tex” Johnson last month at F2W 151 in an uneventful match. Johnson pulled guard from the start and secured the ankle of Lovato from 50/50 – and that’s about all that happened. He never finished it and Lovato never escaped. But it’s likely he will be looking to come back strong in this match against Watson.

I asked Watson if there was potential for a boring match with Lovato. “There’s always a chance that a high level match-up ends with a lot to be desired,” Watson said, “But I believe Lovato and I have plans to excite.”

F2W 155 will be hosted in Philadelphia on October 23rd. The main event will feature a No Gi match with 10th Planet’s Grace Gundrum taking on black belt Pati Fontes. It will be streamed live on FloGrappling.