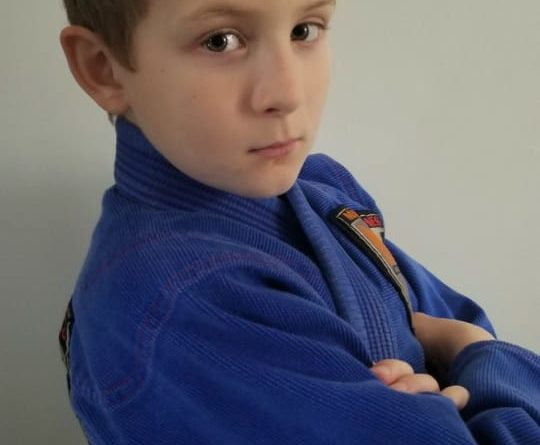 Forget about the new Danaher or Craig Jones instructional, we now have Jiu Jitsu Kid! Jiu Jitsu Kid, original name Jake Bielienko-Gamache, absolutely loves BJJ just like every other participant of the sport, and since being bored in lockdown has decided to create a YouTube channel dedicated to just that. His YouTube channel consists of over thirty videos already, (yes – 30!). The videos are all just over one minute and each one shows a technique, and he even has a Kesa Gatame Escape Series on the channel – this kid knows his stuff. Jake is from Canada, and has trained BJJ alongside his mom and dad since 2017, who are both blue belts.

I think one of the greatest things about this YouTube channel is other kids being able to resonate with it. Watching someone your age/weight and height demonstrate things, shows that it’s also possible for you to do it. Therefore, if a kid is struggling with a move it’s not necessarily the move they can’t do, they may just be struggling with how it’s explained. For newcomers, especially children, this YouTube channel is a great way to practice BJJ at home and refresh your memory on the fundamentals – in one minute.

On top of it all, not only does he create these awesome one minute BJJ videos but Jake also does all of the editing himself too. The aim of the YouTube channel is to make quick, simple videos explaining different techniques, that are less than three minutes long. Jake’s father said he was bored during the lockdown in March, so he learned how to film and edit his own videos (he also made his own intro). 30 videos so far and a new one every Monday! Jake loves to hear from people who do BJJ all over the world, so go and subscribe to his channel and give his videos some likes. It’s great to see kids getting involved with BJJ, and exert such a passion for the martial art. Good luck with your YouTube channel and the rest of your Brazilian Jiu Jitsu journey Jake, I can’t wait to see what a beast you turn into – OSS!

**Disclaimer : Jakes parents were both consulted about the article and gave permission for me to use the information and pictures included.**