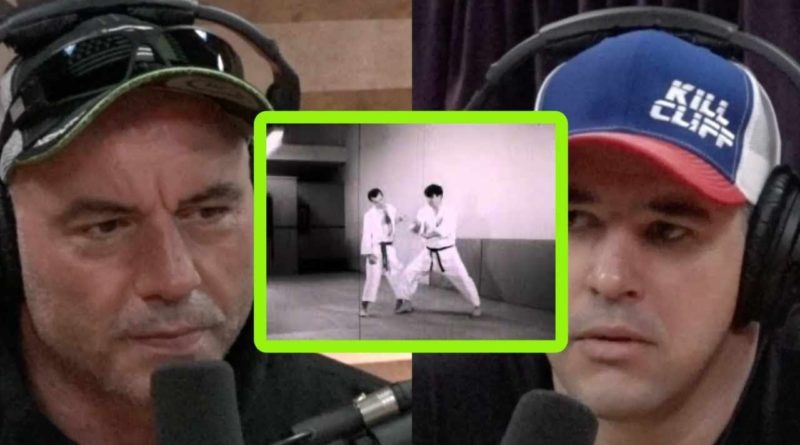 Joe Rogan explains in the above clip exactly why BJJ athletes need to train Judo in order to supplement their preferred martial art. The clip is taken from a recent episode of the Joe Rogan Experience where the BJJ and 10th Planet black belt sat down with Navy SEAL and public speaker Andy Stumpf. They start out by discussing Stumpf’s recent troubles starting out in BJJ and Rogan is more than happy to give some advice from his years worth of experience in grappling. Rogan then echoes some of Khabib Nurmagomedov’s recent statements that Jiu-Jitsu lacks the takedowns that make Wrestling, Judo or Sambo so effective:

“One thing that is a good criticism about Jiu-Jitsu is the lack of takedowns and that is a real factor in any sort of real world situation. The hope is, if you’re in a bar or something like that, there’s a scramble and most things wind up on the ground. That’s true, until you deal with a skilled opponent. If you deal with a skilled opponent who has takedown defence and then you’re stuck in this situation where now you’re in a round where you’re a white belt and this guy’s a black belt. If someone is a wrestler who can strike, it’s a terrible position to be in. We saw that with a lot of the early UFC’s in particular, a lot of Jiu-Jitsu black belts just didn’t have takedowns and they would get involved with a wrestler who would easily stuff their takedown and the wrestler was a better striker, those guys got fucked up.”

Rogan then explains where Judo fits into this: “Judo is the best in my opinion, for someone who’s wearing clothes. I think every Jiu-Jitsu guy would really greatly benefit from having a good comprehensive knowledge of Judo.” Stumpf also jokes about sitting down at the start of a round against a Judo player, although every BJJ practitioner should have a solid base of standing grappling techniques available to them.

For an in-depth look at the history of Judo, click here.