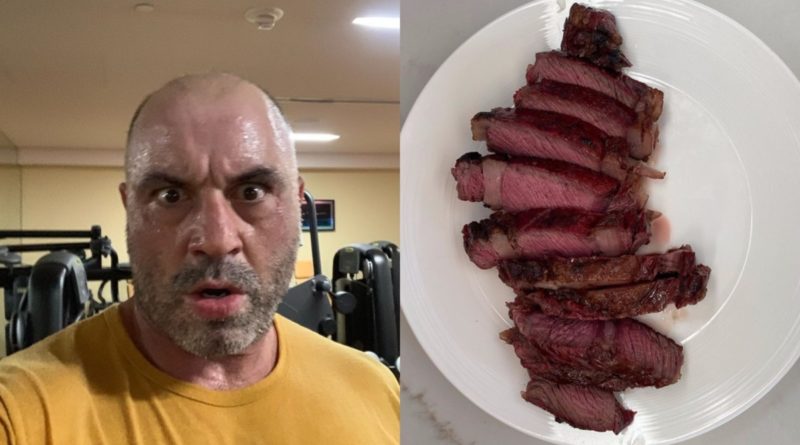 Rogan took to social media to announce that he would be doing what he referred to as World Carnivore Month. “As an experiment for the entire month of January, I’m not eating anything but meat and eggs,” said Rogan. He claimed that after the first few days, he’s already looking leaner and feels as though his energy levels have increased. Ever the realist, Rogan did explain that this could simply be the placebo effect, which is why he’ll be continuing the diet for the entire month.

Joe Rogan also claimed that he’s had blood work done prior to starting his carnivore diet and will get blood work done after the end of January. It’ll be interesting to see what the results indicate when he shares them with his fans. He also went on to explain that, as most fans will know, he primarily eats wild game which is some of the leanest meat you can find. As a result, he’ll be adding in Beef Tallow and fattier cuts of meat to his diet, like Bison Ribeye steak.

Interestingly, world carnivore month is something that’s been floating around for a few years now. It seems to have come about not long after Veganuary started to gain traction in mainstream media, potentially in direct opposition to the pressure to dabble in a plant-based diet for the first month of the year.