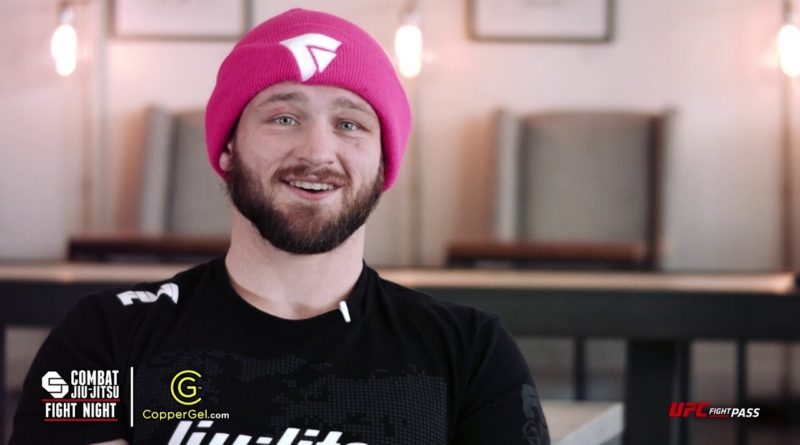 Jon Blank might be one of the hardest working people in the sport. At the time of interviewing him it’s 4pm, he’s already worked a full day, flies out to ADCC in 12 hours, is putting up the lights in his upcoming gym and he’s somehow managing to do an interview. On top of that, he’s one of the nicest guys I’ve manged to get on the phone. I got him talking about his prep for ADCC, the 10th planet style, and his plans for the future.

So how are you feeling about the tournament?

I feel fucking pumped man, I’m in ADCC; I’ve known what this was before I started grappling. It feels like a dream come true, you know what I mean? All the training is wrapped up now, just got to stay healthy. All the hard work is done.

I expect I’ll be up all night and just sleep on the plane . There’s always a little bit of nerves, but I heard once that ‘if you’re not nervous, you didn’t prepare’, and that’s true. If I wan’t nervous it would show I didn’t care enough.

Your division is pretty stacked, how do you feel about them?

Pretty good, I think I stack up good against them. I looked down the list, and there’s no one person who I thought ‘oh shit, how am I going to beat that guy’. Everyone in there, there’s nobody I don’t think I can beat and they can all beat me too.

I’ve been joking around with my girlfriend and keep on saying I don’t want Rustam. That’s the guy who will give me the most trouble – he’s a fucking brick and I don’t know what the hell I’ll do with him. You can’t do much to that guy. There’s no way I’m going to out wrestle him, or even hold him down if by some miracle I get on top, so I’ll have to get underneath and go for his legs.

There are a lot of really good guys. Nobody is gonna be easy, but like I said I can beat any of those guys, so we’ll see. The big ones in the division are Diniz, Hinger, and Jones. I’ve gone against Hinger – that was really close and I lost by two points – and I’ve gone against Jones.

Is there anyone you really want to get?

In the Jones match I gave the guy just way too much respect. I went out there too much of a fan, I really looked up to him, and I want to get that back. Last time I fought him was at 205lbs so I was way underweight, now it’s way more even.

There’s nobody else I’m really hoping for, maybe Murilo Santana, just because he’s such a name in the sport. He’s been around for ever, and he’s done everything, that would be really cool.

How have you been preparing for this competition?

I need to be a bit more savvy with the strategy. Before I was doing sub-only and I didn’t care that my guard got passed, so it’s been a lot more points based training. I’ve got two guys that moved to my area – really good IBJJF guys – who are helping me with my strategy and my points game. One guy actually took second in 2015 at +99kg, he only lost to Orlando Sanchez in the finals. He’s a big guy and knows what he’s doing, so he’s been really helping me work out all the intricacies.

I love competing though. Some guys are super concerned about their record but I don’t care, I’m just going out there to have fun. I’ve been wrestling since such a young age, and over here we compete so much that by now I’m just used to it. I don’t really use a lot of my wrestling, but the main thing it taught me was my work ethic. I know how far I can go, I know what it takes to be good, and I’m willing to put in the work. It gave me a good mindset. Obviously I knew how to move someone and how to feel their weight, but I don’t really use the moves. It’s rare that I use straight wrestling.

How do you think the wrestling fits with 10th Planet?

It’s hard to say. Some people use it really well: PJ Barch, for example, is a fantastic wrestler, and a fantastic BJJ guy. When I started, I didn’t want to be just a wrestler who gets into Jiu Jitsu and can’t do shit off his back. With my coaches being guard players I was forced to play that position a lot, and I got used to it. It worked out really well for me.

On the work ethic topic: you’ve been invited to ADCC, you work a full time job, and you’re opening up the school – how the hell do you find the time?

<Laughs> I don’t know man, I guess I just work a little bit harder. I just got off work, and now I’m over at the school doing some shit.

And what would this mean for you to win?

Pro BJJ is what I want to do, but I have a good job right now as a union electrician, so I’m not gonna give it up without a firm plan. I’m young and I can make money doing it now, but what about if I blow out my knee next year? One injury, and there goes your income.

So is that why you opened up the new school?

Yeah, exactly. I got the money from EBI last year and a CJJ fight night this year, and I could do something stupid with it, or I could carve out the life I want to live. I need 65 students to make it sustainable and pay my mortgage. 65 students and I can live the life I want. The final inspection is next week, and mats come in the day I get back. Like I said earlier, I’m here right now, getting everything ready.

And who’s helped you the most?

My coaches of course, they help me out. Then at the school, every weekend there are guys helping dry wall, sorting out all sorts of crap, they’re all just great. And my girlfriend, she’s the one who’s good with social media, getting me to put myself out there more, talk to more people, I’m just terrible with that. I’m trying though, all because of her. She’s my biggest fan, she helps me with everything, she really is amazing.

I genuinely really like Jon, there’s no false bravado, he just feels legit, and I really want him to crush this weekend. If you want to check him out keep an eye on the 88kg division this weekend and follow him @thor_jon_blank. Follow my articles see @diserensmma on insta and @DiserensRobert on Twitter. Elsewhere we’ve got plenty of ADCC content up, and loads more on the way.