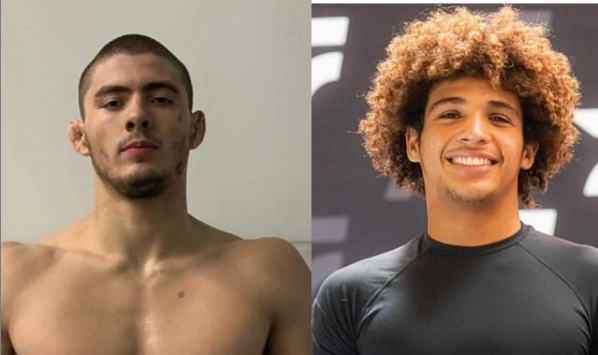 The Road to ADCC event scheduled for July 17 took a big hit on Wednesday when it was announced that Andrew Wiltse was injured and out of his match against Roberto Jimenez. Hours later, though, FloGrappling and ADCC announced that Kade Ruotolo had stepped in on late notice to replace Wiltse.

Wiltse vs. Jimenez was looking to be an incredibly highly-paced match, but Kade Ruotolo is one of the few competitors that can match or even exceed the pace that both Wiltse and Jimenez typically set. Even on late notice, Ruotolo represents an excellent opponent for Jimenez.

Still just 18-years old, Kade Ruotolo is an elite competitor representing Atos. He has competed twice in 2021, both times under the Who’s Number One banner, and both times winning by spectacular submission. In March, he submitted Ethan Crelinsten in one of the most exciting matches of the year, and in June he submitted Cole Franson via the rare buggy choke.

Roberto Jimenez is one of jiu-jitsu’s most fearless and entertaining competitors. Always offensively minded, Jimenez has struggled to win consistently this year, albeit against the best competition in the world. In February, Jimenez took on Gordon Ryan, losing by armbar. Since then, he has alternated wins and losses while competing at the Third Coast Grappling middleweight grand prix and the Submission Underground absolute tournament.

The pair have met once before, at Kumite 5 in 2020, with Jimenez winning via short choke.

Like all the other matches on the card, Jimenez vs. Ruotolo will utilize the ADCC ruleset.

How to watch: The Road to ADCC takes place on Saturday, July 17, and will air live on FloGrappling (subscription required) at 8 PM EST.