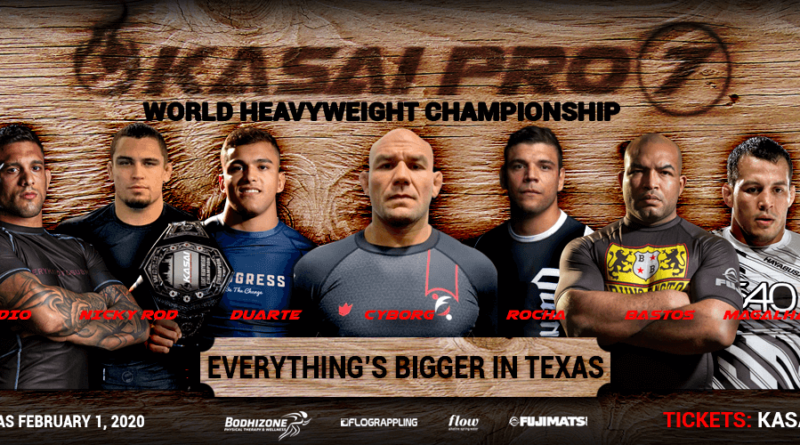 After only picking up BJJ in 2014, Boehm took to the sport at an alarming rate. This resulted in him being awarded his black belt in October 2019 after a superb performance in the BJJ Fanatics Brown Belt Grand Prix. He was awarded his black belt and is coached by John Botello. Botello is a black belt under Eddie Bravo, and the head coach at the 10th planet Academy in Phoenix.

After doing well on his local competition scene he moved on to professional level submission-only events in 2016. Already he is quickly becoming a rising success, which has lead to his inclusion in an excellent tournament like this. Not to mention his invitation to compete on Submission Underground 11 in a tag-team match alongside Vinny Magalhaes where they will both take on Nick Rodriguez and Craig Jones. Submission Underground 11 takes place shortly after Kasai Pro 7, on February 23rd.

Although, after beating both Hulk and Tex (for the second time) in the final two rounds of the BJJ Fanatics Black Belt Grand Prix as he took home the title back in November – self confidence must be at an all time high for Boehm.