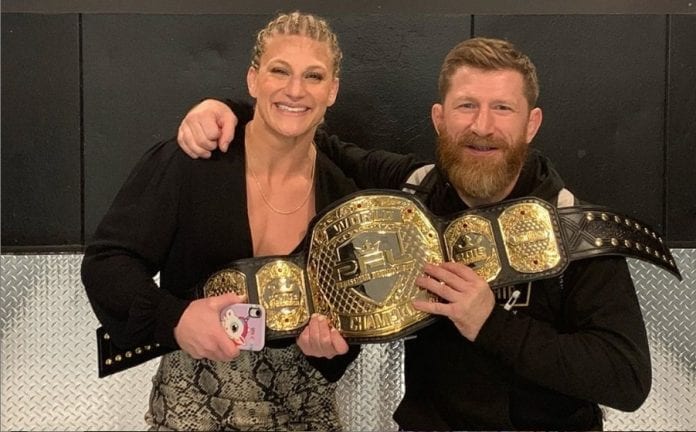 Kayla Harrison ended her 2019 in the best way possible, becoming a million dollars richer as Professional Fighter’s League (PFL) Lightweight Champion. Harrison won back-to-back gold medals in the 2012 and 2016 Olympics at -78kg before making the transition to MMA shortly after.

She was signed by PFL before even making her debut as they knew the potential that an olympic athlete of her caliber would have. The gamble paid off massively as Harrison had a perfect 3-0 year in 2018 with all three wins coming via finish. This year they decided to build one of their patented million dollar tournaments around the division that Harrison competes in, Lightweight.

Kayla Harrison didn’t slow down for a second in 2019 as she took her record to 5-0 before starting the Lightweight tournament. She then submitted her first opponent, Bobbi Jo Dalziel, in the first round before meeting Larissa Pacheco in a rematch on New Year’s Eve. This fight went much the same as their first, with Harrison dominating from the start. Once again, she was unable to find the finish against Pacheco who is still the only woman to make it to the scorecards against Harrison (twice).

As she competes in a weight-class not currently available for women in the UFC, it’s unlikely we’ll ever see Harrison on the biggest stage available. This won’t take anything away from her career though as she’s likely to continue for several more years and extend her unbeaten record up into double-digits and beyond. But before that, she’s got a lot of spending to look forward to as PFL’s newest millionaire.