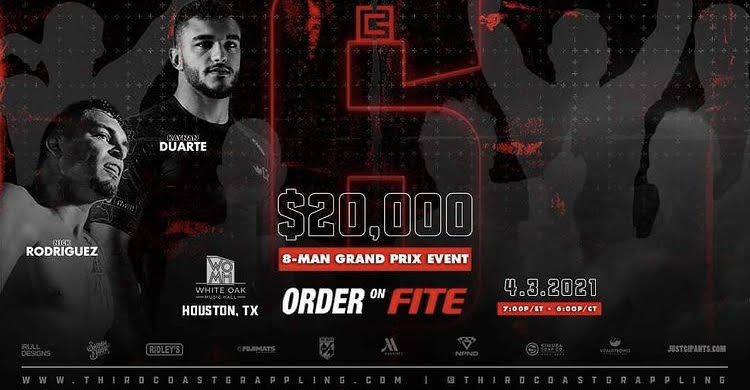 The announcement was made via the promotion’s official Instagram.

Simply put, Duarte is one of the best overall black belt competitors in the world. He is a 2019 ADCC world champion and was a 2019 IBJJF weight and absolute world champion before being stripped due to a positive PED test. He most recently competed at Who’s Number One 5, defeating fellow ADCC champion Rodolfo Viera.

Between Nick Rodriguez and Kaynan Duarte, we now know the Danaher Death Squad and Team Atos representatives at the tournament. Be on the lookout for announcements of other big-name competitors from other big-name teams for the event.