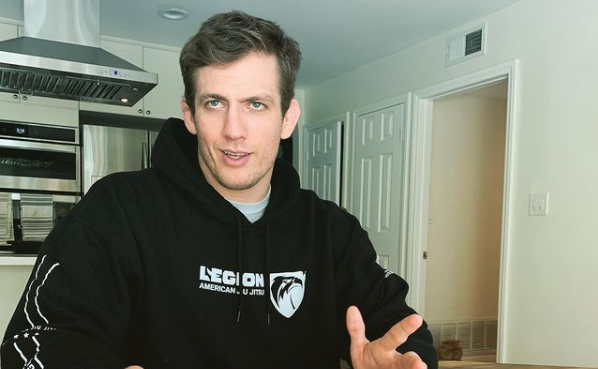 Veteran elite black belt competitor Keenan Cornelius hasn’t competed since 2020. He was scheduled to return to competition on June 19 to face Haisam Rida at Who’s Number One, but was forced to withdraw due to a back injury that has been bothering him for well over a year. On a recent episode of his Matburn Podcast, Cornelius detailed how the injury came about and how it flared up in the time prior to his scheduled match against Rida.

Listen to full episode of the Matburn Podcast below.

“May 2020, I was deadlifting and I was getting, kind of, I was feeling strong,” said Cornelius. “I had been deadlifting for a few years, and I tried to set a new PR, which is just dumb… It was just an ego thing, and I felt like I was getting stronger and stronger… I lifted too much weight. I repped to, like, 400 or something for ten reps, and I was like ‘wow, I’m doing this so easy, I’m so strong…’

“So I walked away and then my back just started feeling a little weird… I was just walking it off and about 15 minutes later I couldn’t move. I was on the gym couch just unable to move. Holy sh*st I really injured myself… For like three weeks I was bed ridden. I couldn’t stand. I couldn’t sit. I thought I had really damaged my body.”

Following the injury, Cornelius received cortisone injections to help with pain and inflammation. And while those injections greatly helped to relieve the pain, the underlying damage to his spine was still there.

Cornelius gradually resumed harder and harder training. But as he was entering the final preparations for his match at Who’s Number One, the injury flared.

“During the training camp for the match against Haisam, I was ramping up, I was still being careful…” he said. “It wasn’t another acute injury… I was making sure that I could push 100% without injuring myself. I had been holding back in the training a little bit… The last two weeks before the camp ended, I really was pushing hard, like I hadn’t pushed in over a year, and I was really feeling good and ready to go, and then bam, I just walked off the mat and it was the same feeling. When I actually go full RPM, my back can’t really handle it still. It started to seize up again, and I just can’t risk this, I can’t be out again. I have to protect this, I have to just take it easy, I have plenty of years left.”

Miha Perhavec, Cornelius’ first-ever black belt, filled in for Cornelius and lost by submission to Rida.

The owner and head instructor at Legion American Jiu-Jitsu in San Diego, Keenan Cornelius is one of the most accomplished American jiu-jitsu players of the past decade. In IBJJF competition, he is a no-gi world champion and a multiple time Pans and European Open champion. Additionally, he is a two-time ADCC medalist and holds notable wins over the likes of Nicholas Meregali, Kaynan Duarte, and Yuri Simoes, among many others.