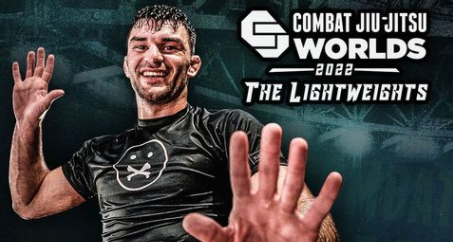 Keith Krikorian will try to keep his significant momentum going. The recent ADCC Trials winner is set to compete at the Combat Jiu-Jitsu (CJJ) Worlds lightweight tournament, where he will attempt to capture his second CJJ belt.

The CJJ Worlds: The Lightweights is scheduled for Sunday, June 5 in Cancun, Mexico.

Krikorian won the CJJ featherweight title in December by submitting four opponents in one night. In June, he’ll be competing up a weight class at lightweight.

Krikorian has been one of the most successful grapplers in the sport over the past few months. In addition to his CJJ title, Krikorian also closed out the year with a tournament win at High Rollerz where he submitted Kieran Kichuk in the final. Last month, he defeated Gabriel Sousa by way of decision after a high-paced, entertaining 15-minute match. Just one week after that, Krikorian captured the elusive ADCC Trials gold, defeating seven opponents to punch his ticket to the 2022 ADCC World Championships.

The 10th Planet black belt is currently on a 12-match win streak.

Check back with Grappling Insider as more CJJ tournament participants are announced.

How to watch: The Combat Jiu-Jitsu Worlds: The Lightweights, takes place on Sunday, June 5 and will air live on UFC Fightpass (subscription required).