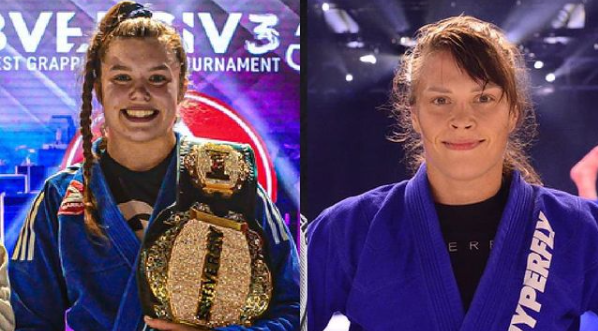 Fight to Win 177 is starting to take shape, as the promotion has announced a middleweight gi championship match between Kendall Reusing and Maria Malyjasiak. The event is scheduled to take place on Friday, July 16, live from Houston, TX.

An ADCC silver medalist and multiple-time IBJJF Pans champion, Maria Malyjasiak is a frequent Fight to Win competitor. She is a former champion under the promotion, and recently competed at Fight to Win 168, when she earned a hard-fought decision over Hanette Staack.

Kendall Reusing has been a force on the black belt competition scene for the past two years. She is an IBJJF no-gi world champion, a no-gi Pans champion, and is coming off a double-gold performance at the no-gi American Nationals. Like Malyjasiak, Reusing also competed at Fight to Win 168, losing by submission to Nathiely De Jesus.

This is a competitive match-up between two of the best heavyweight women in all of jiu-jitsu. Look for Reusing to use her high-level wrestling and takedown game to impose her will from the top position, while Malyjasiak will try to attack using her excellent spider guard, as well as a classic closed guard.

How to watch: Fight to Win 177 takes place on July 16 and will air live on FloGrappling (subscription required).