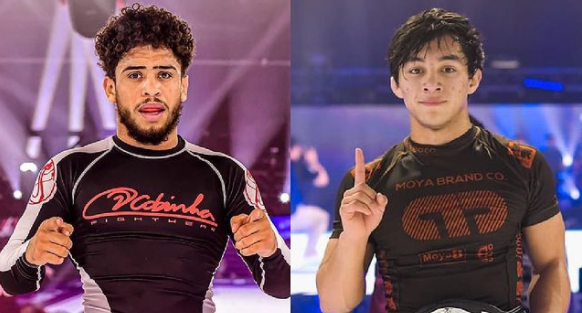 The most prolific submission-only grappling promotion in the country keeps on rolling, as a pair of high-level black belt match-ups were announced for Fight to Win 169, scheduled for Saturday, April 10. The promotion announced that Danaher Death Squad representative Oliver Taza will meet Gabriel Almeida, and in the main event, Kennedy Maciel will defend his lightweight no-gi title against Josh Cisneros.

Oliver Taza is a leg lock specialist that owns the second-ever legal heel hook in IBJJF competition. He is coming off a hard-earned decision win over Johnny Tama at the last Who’s Number One event. Taza will be taking on veteran Checkmat representative Gabriel Almeida. Almeida is coming off back-to-back losses to Pedro Marinho and Rafael Lovato Jr., but should hold a size advantage over Taza.

Kennedy Maciel vs. Josh Cisneros represents a battle between two of the absolute best 155-pound grapplers in the world. The son of the legendary Rubens “Cobrinha” Charles, Maciel was a 2018 IBJJF no-gi world champion and was the 2020 no-gi Pans champion. He is coming off a loss in the gi to Andy Murasaki, but prior to that, had won two in a row against Geo Martinez and Diego “Pato” Oliveira.

Like Maciel, Cisneros is widely considered the future of grappling. After winning a no-gi world championship as a brown belt in 2019, Cisneros is already a Pans champion as a black belt. In his last appearance, Cisneros defeated veteran black belt Lucas Pinheiro by decision.

Fight to Win 169 takes place on Saturday, April 10 and will air live and exclusively on FloGrappling.