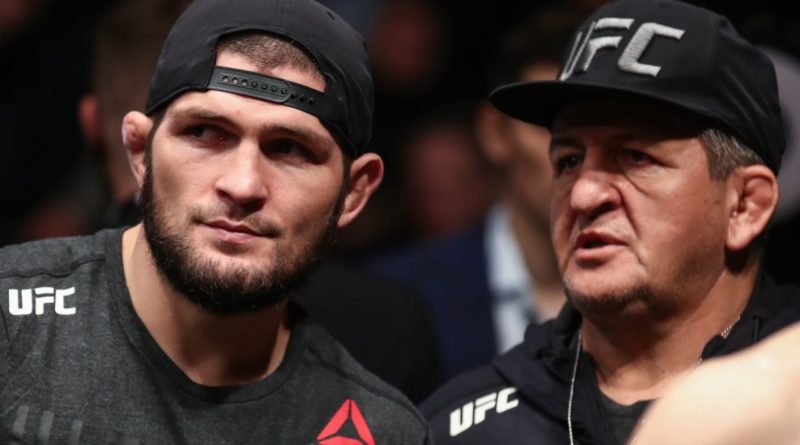 For what feels like the hundredth time, (now former) UFC lightweight champion Khabib Nurmagomedov has officially retired from MMA. Naturally, Conor McGregor couldn’t let him do that without speaking up.

On Thursday, Nurmagomedov confirmed what he has been saying since his October 2020 win over Justin Gaethje: he is officially retired from competition. Assuming his retirement sticks — something that’s hardly guaranteed in combat sports — he leaves the sport with a perfect 29-0 record and widely considered one of the best lightweight fighters of all time.

Never one to let the spotlight drift from himself, McGregor reacted to the news on Friday. Sharing a photo of himself and Nurmagomedov from a time before they were fierce rivals, McGregor happily reminded Nurmagomedov of the role he played in building him into a global star.

“Happy retirement kid, smell ya later,” McGregor wrote. “Never forget who came in the game and made ye. Straight from my big Irish balls. Remember folks, if you hate cutting weight so much, all you have to do is move up a division.”

McGregor and Nurmagomedov squared off in October 2018 following months of heated and personal trash talk. Immediately after Nurmagomedov’s fourth-round, title-defending win over McGregor, a brawl broke out between the two teams. Members of Nurmagomedov’s team entered the cage and attacked McGregor, while Nurmagomedov hurdled over the fence to attack one of McGregor’s coaches, Marcelo Garcia black belt Dillon Danis. The melee fueled talks of a rematch that never materialized.

The fight with McGregor and ensuing drama grew Nurmagomedov into one of MMA’s biggest stars.

Following his win over McGregor, Nurmagomedov would successfully defend his lightweight title twice more, first against Dustin Poirier, then against Gaethje.

After losing to Nurmagomedov, McGregor returned to the win column in January 2020 with a quick finish of Donald Cerrone. He next competed in January 2021, losing by second-round TKO to Poirier.