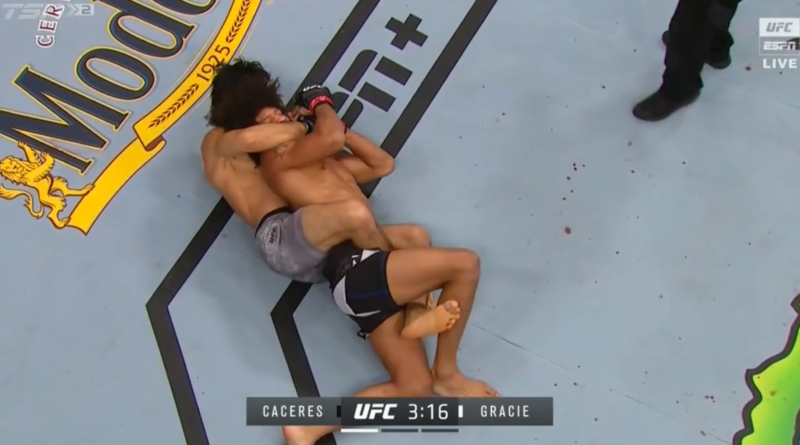 Kron Gracie made the walk to the Octagon tonight for the first time against Alex Caceres in a main card bout on the UFC’s inaugural show on ESPN. Gracie was looking to be the first member of his esteemed family to score a UFC victory since his uncle, Royce, choked out Dan Severn at UFC 5.

The fans in the Talking Stick Arena in Phoenix, Arizona were vocal in their support of Kron Gracie as he stepped into the cage and they were not disappointed by his performance.

After a small feeling out period, Kron managed to get Caceres’ back from a standing scramble and was able to pull his opponent to the mat. Once the fight hit the mat, Kron was quickly able to secure a rear naked choke.

Check out the video below: