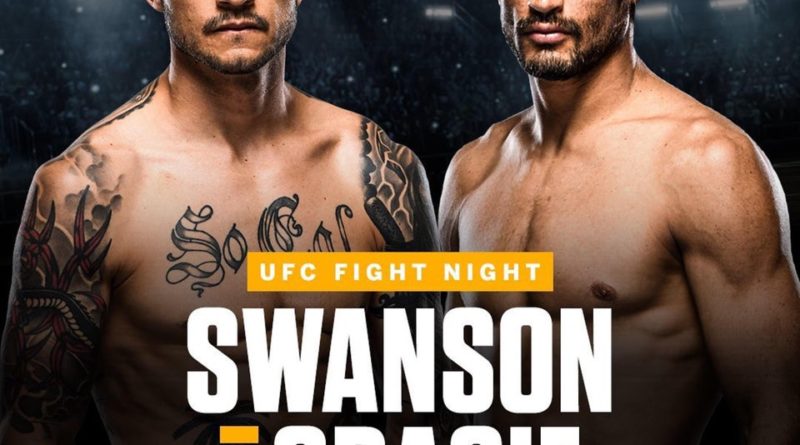 Kron Gracie’s next fight is just about set. The BJJ black belt and ADCC champ looks to take on UFC veteran Cub Swanson at UFC Fight Night on October 12, 2019.

The event will air on ESPN+, and is expected to be headlined by a strawweight match between Joanna Jędrzejczyk and Michelle Waterson.

Gracie, holding a professional MMA record of 5-0, made his UFC debut in February against Alex Caceres, submitting him quickly via RNC. He has finished all five of his MMA opponents via submission, and will surely look to do the same against Swanson.

Swanson brings experience and hunger to break a losing streak (having lost his last four bouts) to the table. He is also a BJJ black belt, though how his black belt will compare to Kron’s remains to be seen. Despite the streak, he has not been losing to less experienced fighters, with those losses coming from the likes of Brian Ortega and Frankie Edgar. He is currently 25-11 and has been fighting professionally since 2004. Kron Gracie, meanwhile, began his MMA career in December 2014.

Grandson of the illustrious Helio Gracie, great things are expected of Kron. Will he live up to the hype? Can he pull of a repeat performance of his one prior UFC fight?