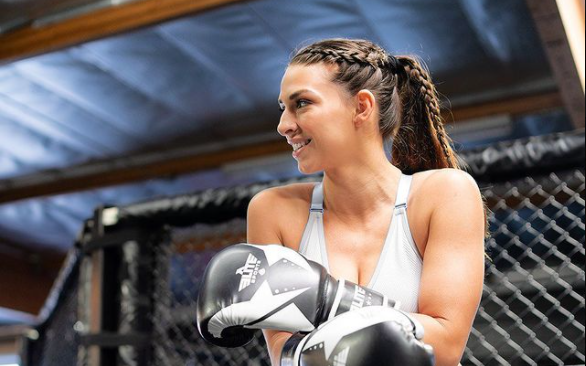 Jiu-jitsu standout Mackenzie Dern is continuing her climb up the ranks of the UFC strawweight division. Dern is now scheduled to take on Marina Rodriguez in the main event of a UFC Fight Night on October 9. ESPN’s Brett Okamoto first broke the news of the bout.

An IBJJF gi and no-gi world champion, Mackenzie Dern is currently the no. 5-ranked UFC strawweight and is riding a four-fight win streak. She last competed in April 2021, earning a submission victory over Nina Nunes. Of Dern’s 11 professional MMA wins, seven have come by way of submission.

Dern will be facing stiff competition in Marina Rodriguez. She is the no. 6-ranked strawweight and is on a two-fight win streak with victories over Amanda Ribas and Michelle Waterson, respectively.

This will be a classic striker vs. grappler match-up. Simply put, Dern is one of the best jiu-jitsu and submission specialists in the UFC, and quite likely the best pure grappler in the strawweight division. Rodriguez, on the other hand, is a striker through and through. She is a tall and lanky kickboxer, and her knockout win over Ribas showed that she has real stopping power in her hands.

Given each woman’s win streaks and their respective rankings in the division, the winner of this bout could easily find themselves in a title shot next. Current strawweight champion Rose Namajunas captured the belt April 2021, and is not currently booked for a title defense.