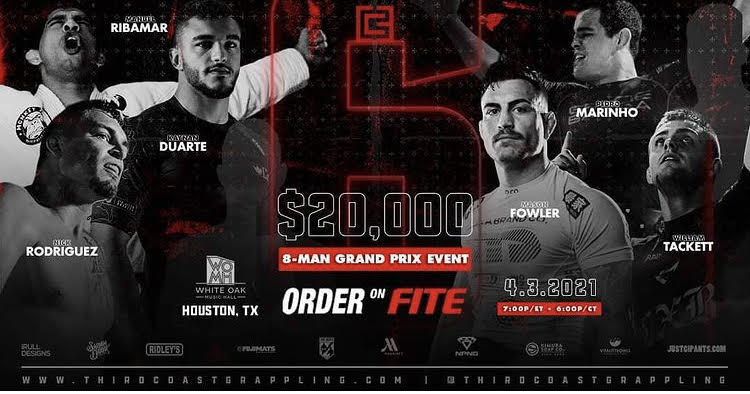 The announcements were made via Third Coast’s Instagram page.

Ribamar was a 2019 IBJJF black belt no-gi world champion and was the 2020 European Open champion. He’s been an active submission-only competitor lately, competing at Fight to Win 154 where he lost to Jon Blank, and most recently at Fight to Win 164 where he earned a decision win over Dante Leon.

Marinho is one of the best new black belt competitors in the world. He was the 2019 IBJJF no-gi world champion as a brown belt, defeating Roberto Jimenez in the finals. Marinho is a Third Coast veteran with wins over the likes of Johnny Tama and fellow grand prix competitor William Tackett. He is set to rematch Tackett on March 13 at Fight to Win 166.