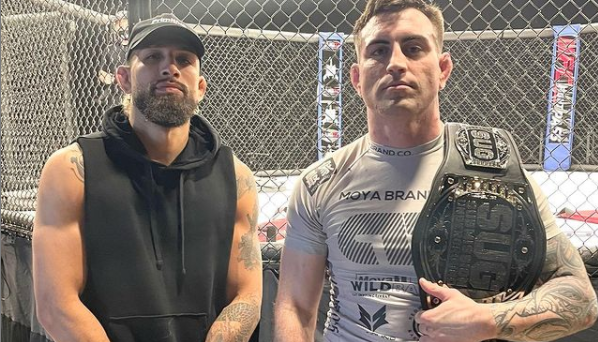 On Sunday, April 25, Submission Underground (SUG) champion Mason Fowler successfully defended his title against Andy Varela in the main event of SUG 22. Fowler and Varela came into the match as friends and left it as friends, so Fowler was able to have a little fun after the match, posting a quick, narrated “recap” of what happened.

Check out Fowler’s recap below in two parts.

Jokes aside, the match between Folwer and Varela was a fun one, with Varela attacking from top position for the bulk of the five-minute regulation period. In overtime, Fowler once again reminded fans that he is one of the best EBI-rules competitors in the sport, as he quickly escaped Varela’s back control before securing the choke when it was his turn to attack.

Mason Fowler is a brown belt under Caio Terra. He broke out in 2020 with wins over Craig Jones (twice), Roberto Jimenez, and Vinny Magalhaes. Prior to SUG 22, he competed in the Third Coast Grappling absolute grand prix, defeating Manuel Ribamar before losing to Kaynan Duarte in the semifinals.