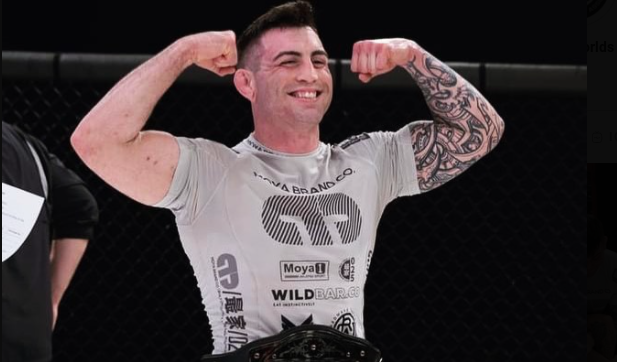 Current Submission Underground absolute champion Mason Fowler just keeps winning. And with those wins, he’ll naturally face bigger and bigger opponents. In a recent interview, Fowler was asked if he’d have any interest in a grappling match with retired UFC and MMA legend Georges St-Pierre.

“That would be amazing,” Fowler said. “Georges St-Pierre is one of my idols. Georges, if you’re bored with retirement and you want to do a grappling match on UFC Fightpass, I would be more than happy to engage with you. There’s my respectful call out.”

During his MMA career, St-Pierre regularly trained under top BJJ coach John Danaher, with Danaher cornering St-Pierre for some of the biggest fights in his legendary, multi-weight championship career.

Fowler was also asked about a potential match with former UFC lightweight champion Khabib Nurmagomedov. On that, Fowler was less enthusiastic.

“I can’t call Khabib out… I’m here in San Jose and I enjoy training at AKA and i don’t want to get thrown out of the gym,” Fowler said with a chuckle.

Fowler is coming off a submission win over Richie “Boogeyman” Martinez at Submission Underground 21. He is scheduled to compete again on Arpil 3 at the Third Coast Grappling absolute eight-man tournament.