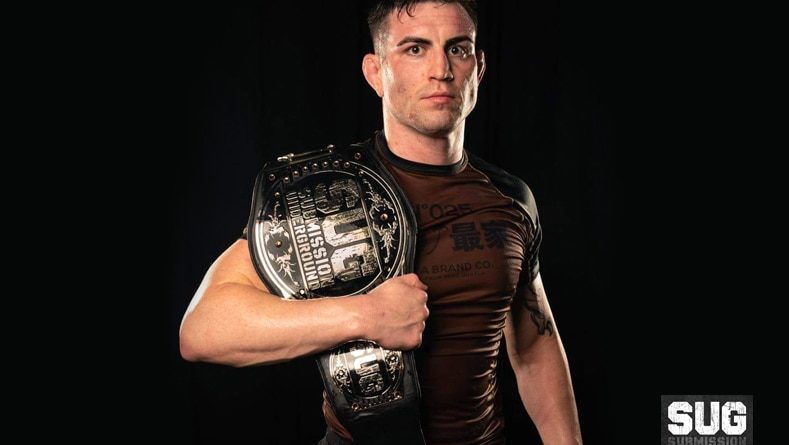 Mason Fowler defended his Submission Underground title by strategically dismantling ADCC champion Vinny Magalhaes, this past weekend (Oct 4th). He seems to be unstoppable and is systematically beating some of the best guys in the sport.

He moved up the SUG ranks when he submitted EBI Combat champ, Kody Steele with a rear naked choke. Then, he gained the title this year when he defeated Craig Jones via verbal submission when applying a neck crank from the back. You may remember that match from the controversy by the referee stoppage after Jones audibly grunted. Weeks later, he defended his title against Jones with the same move. Except that time Jones physically tapped.

Fowler’s defeat over Magalhaes appeared to contain the same formula as his wins over Jones and Steele. That being, ‘survive the regulation period and win in overtime.’ At first glance, Fowler appears to be capitalizing on dominant positions that he didn’t earn in regulation. This is what his critics are screaming. But it’s not that simple.

I won’t dive into the complexity of ideas around playing the ruleset. I already covered that. But I would like to point out the skill required to intellectually subdue such high level grapplers as Jones and Magalhaes. Controlling, escaping and finishing from the back against world class black belts is not easy.

For instance, to ride the back of a specimen like Magalhaes has to be grueling. He looked much bigger and stronger than Fowler. However, Fowler accounted for this. “He was just as strong as he looked!” Fowler told me. “I knew I had to push the pace and keep him active to make sure he was breathing heavy and not able to explode or use his full strength.”

The win over Magalhaes came by ride time after the regulation period instead of submissions like he assembled from Jones and Steele. But this too was a strategic move on Fowler’s part. “We all know Vinny never taps to pain or joint locks.” Fowler said. “I didn’t want to waste energy unless I was able to secure a clean choke.”

There seems to be growing frustration with fans of Jiu Jitsu about the strategy Fowler has adopted of ‘playing the ruleset’ in order to get the win. In fact, I wrote an article about it last month, to which Jones replied that he was “considering declining future SUG matches until they extend the regulation length.”

But to win in overtime takes more than strategy. It also takes Jiu Jitsu artistry. Magalhaes had the same opportunities from starting in dominant positions as Fowler did. Each round Magalhaes chose to start in the spider web. I can imagine the anxiety that Fowler felt when Magalhaes successfully broke his grip and fully extended his arm.

However, Fowler remained calm and cleared Magalhaes’ legs off his head in order to relieve pressure from the elbow. “It was very close and he would have been able to finish it if I would have settled and stopped moving. The only thing that allowed me to get out was that I never stopped defending.”

Fowler is the undisputed king of Submission Underground and has no qualms about his potent strategy to remain the champ. Why would he? He has money and notoriety on the line. Instead of directing their anger at Fowler, his detractors should focus it on the EBI overtime rules and SUG’s short regulation period. You may not like the game plan, but there is no denying the feat he has pulled off. Only time will tell if someone can devise a blueprint to dethrone him.