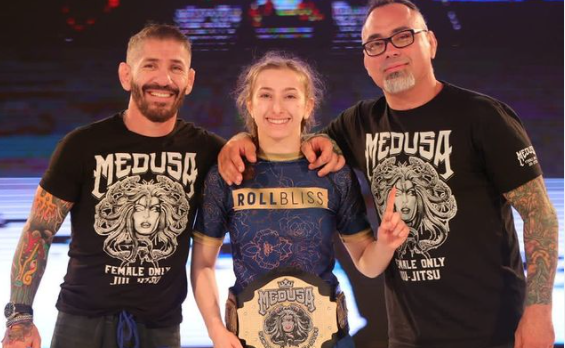 After a tough opening round match that she won on escape time, Cassella made quick work of her semifinal and final-round opponents, quickly submitting them with leg locks. The Serra BJJ and Tom DeBlass-trained Cassella is quickly becoming a name to watch in the high-level no-gi scene. She can now add Medusa champion to her list of accolades that includes two Finishers Sub-Only titles and a purple belt no-gi Pans title.

And in CJJ action, purple belt Aislinn O’Connell turned heads with wins over dangerous opponents, including UFC fighter Vanessa Demopoulos in the first round and elite no-gi competitor Fatima Kline in the finals.

View the full Medusa 2 results and highlights below.