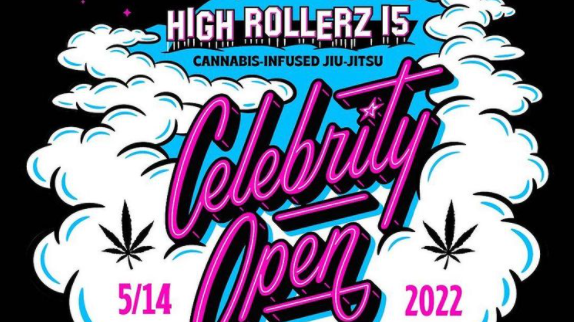 The 420-friendly grappling promotion High Rollerz is making some big connections. The organization recently announced that High Rollerz 15 will take place on Saturday, May 14 and will feature an eight-man tournament. Each of those eight competitors are backed by a celebrity sponsor; those sponsors include big names like Mike Tyson, rapper Wiz Khalifa, and UFC star Nate Diaz.

Naturally, each of the sponsors aren’t shy about their love for cannabis. Tyson hosts the popular podcast “Hotboxin,” in which Tyson and his guests smoke joints over engaging conversation. Wiz Khalifa has his own strain of cannabis — Khalifa Kush. And Diaz is arguably the UFC’s most famous stoner, often lighting up at press events or live fight cards.