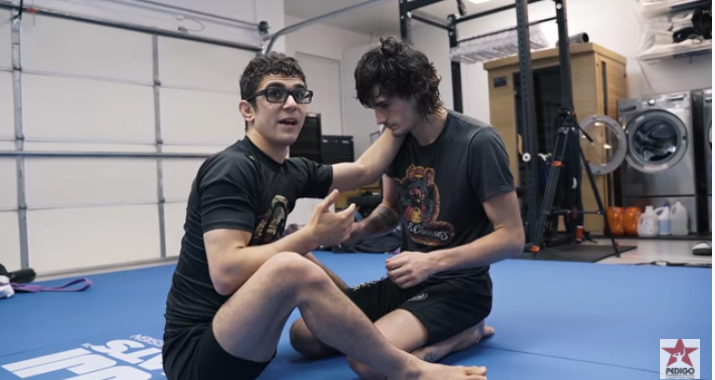 Mikey Musumeci might be the most technically sound jiu-jitsu competitor on the planet. A four-time IBJJF world champion, Musumeci is currently making waves in the no-gi community with his undefeated record in submission-only and ADCC rules this year, and he’s done it all with dazzling technique. In a recent video, Musumeci explained one key concept that he wishes he had been taught as a white belt: framing.

“The first thing you need to learn is how to frame somebody,” Musumeci said. “Framing is just placing a part of my body on him so he can’t come into me… Keep your hands on his body. That’s the first thing to learn as a white belt. Then, what we do is, we learn how to pull somebody in… A hook is when I make something exceed his body. So when he backs away from me, it’s hard for him to move away. So in jiu-jitsu we have to learn how to do both of those things, and that’s how we’re going to control him.”

In the video above, Musumeci explains a universal concept that white belts must understand and black belts will use constantly. By framing and hooking, Musumeci is able to control his opponent in the most basic but effective way. Musumeci demonstrates the basic way to frame an opponent from a seated guard.

After finding tons of success competing in the gi with three consecutive world titles, Mikey Musumeci has competed exclusively in no-gi this year. In 2021, he holds Who’s Number One wins over Marcelo Cohen, Lucas Pinheiro, and Junny Ocasio, and an ADCC-rules win over Geo Martinez. Musumeci is set to compete next at the Who’s Number One championships on September 25-26.