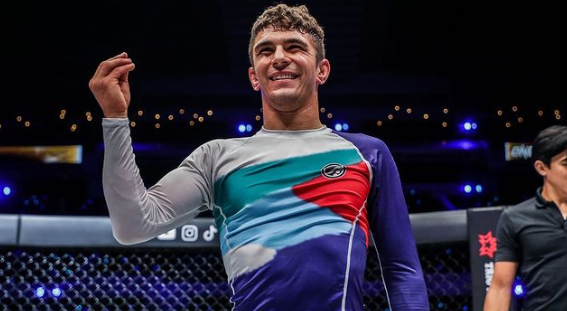 On Wednesday, Musumeci spoke to fans and media at a press conference promoting the upcoming ONE on Prime Video 2, in which Musumeci will face Cleber Sousa for the first ever submission grappling world title match in ONE Championship.

Previously, Musumeci had hinted at a potential grappling match between himself and longtime top pound-for-pound MMA fighter Demetrious “Mighty Mouse” Johnson. The current ONE flyweight champion, Johnson is a former UFC champion and is considered by many to be the best fighter in the history of MMA.

Musumeci says he’d love to face the 36-year old Johnson in grappling, but draws the line at any sort of match-up that involves striking.

“I think that Demetrious is an incredible martial artist,” Musumeci said. “He’s the greatest of all time in MMA and he does all different rule sets, so it would be an honor if he would take part in that match and we can make history together. I don’t know if doing a mixed rules with him. I don’t do any stand-up or anything but it would be really cool if he would do a jiu-jitsu match with me.”

Of course, Musumeci will first need to get past Sousa at ONE on Prime Video 2, set for this Friday. Sousa was the last man to defeat Musumeci in the light-feather weight class, winning a controversial referee’s decision at the 2017 IBJJF Pans. Musumeci would avenge that loss just a few weeks later with a win on points.

Musumeci is now ready to put his stamp on the rivalry and make history as ONE’s first submission grappling titleholder.

“I’m here in Singapore to do two things: do jiu-jitsu and eat pizza, and pizza places don’t open till after the match,” Musumeci joked. “I’m here to do jiu-jitsu with Cleber. He’s amazing, and I’ve worked so hard in preparation for this match, and I’m so ready. I haven’t taken one day off in like three months, so I’m so ready for this match.”