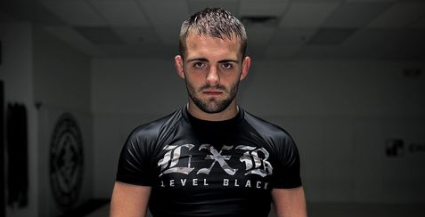 The oldest brother in a family of top-tier grapplers, 21-year-old William Tackett has long seemed destined for the ADCC podium. In less than a week, Tackett will have a chance to complete that destiny as the West Coast Trials gold medalist will compete in his first ever ADCC World Championships.

Competing and winning at ADCC has been a goal that Tackett has literally envisioned since he first stepped onto the jiu-jitsu mat at age 8.

As he enters the final preparations for the biggest tournament of his life, the Brazilian Fight Factory black belt chatted with Grappling Insider about his training camp for ADCC, how he deals with competition nerves, and why he thinks the 77 kg. division is so entertaining.

Check out the full interview here.

Unlike many other ADCC competitors, Tackett chose not to compete again after winning the West Coast Trials. He explains his reasoning behind that decision:

“Anyone that competes or even watches some of the ADCC can, I think, recognize that the rules is kind of what sets ADCC aside from a lot of other tournaments. There’s not a lot of tournament that do, like, legit enforced ADCC rules… The rules separate the different events like crazy… If I’m not able to get some matches that I think are beneficial for me moving forward in the ADCC rule set then I didn’t really see the value in it… I don’t really think there’s really a downside to not competing within the time frame. It’s not like a whole, like year between the two competitions… I think that over-competing can be a problem because you can develop injuries. In a way, if you’re ready, there’s no need for you to compete more.”

Tackett admits that he used to struggle with competition nerves, but a meeting with BJJ legend Saulo Ribeiro changed his perspective.

“I was doing a seminar where I was learning from Saulo Ribeiro, and he was doing Q&A at the end, and that was something I had struggled with so I asked him, I said how do you not get nervous. I’ve watched your matches since I was young and you always seem like you’re cool as a cucumber and you never get nervous. And he’s like no, no, bro. He goes if you’re not nervous, you’re not human…. Everyone else gets nervous too…

Now I just know that the other guy, he’s probably more nervous than I am. At least telling yourself that kind of helps, too.”

The young black belt has dreamed of competing at ADCC since he began jiu-jitsu. He puts into perspective just how important this tournament is to him.

“In a way my whole life would change… Everyone in that division, their goal is to win ADCC, at least for those that haven’t won it yet, that’s what they have to do before their career is over… That’s what separates the greats from the guys that were good but they’re not the greats.. I think that it’s everyone’s goal. By the end of their career they have to win ADCC. That is what it is for me. Ever since I was a kid that was my goal and my dream. I gotta get to ADCC, and I gotta win ADCC. Especially doing that at such a young age, like if I was able to win ADCC this time, like I’ve been training and planning to do, then it would just completely catapult my career in a direction that would be just way better than if I won it 10 years from now.”

Tackett will compete in the 77 kg. division — what feels like the consensus most exciting bracket of the entire event. Always analytical, Tackett details what makes his division so entertaining.

“I think 77 is great because it has a good balance between people that are athletic, flexible, good cardio, fast, strong, but then on the technical side of things, you have guard players, leg lockers, wrestlers, back-takers, you have it all. That’s what makes it super exciting, the fact that there’s not just one variable…. There’s so many variables that you just don’t know what to expect…

How to watch: The ADCC World Championships take place on September 17-18 and will air live on FloGrappling (subscription required).