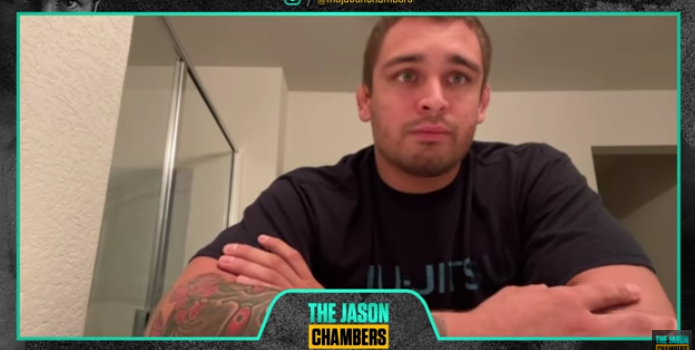 Ever since John Danaher announced earlier this year that the famed Danaher Death Squad had broken up, the jiu-jitsu world has been abuzz with speculation about the group’s decision to split up. Adding to that speculation, Craig Jones and a three of his former DDS teammates — Ethan Crelinsten, Nicky Ryan, and Nicky Rodriguez — have since moved to Austin, TX and opened up a jiu-jitsu academy, The B-Team. Interestingly, former DDS top competitor Gordon Ryan has also moved to Austin where he plans to open up an academy with Danaher. The two groups of former training partners will be in the same city but entirely separate.

On the cause of the DDS breakup:

“There was some issues within the team. Certain people had certain issues with, really, one person… You got to cut the poison out. Whatever is hurting the team or hurting the majority of the people you have to eliminate that and focus on competition. At B-Team, we’re focused on getting better, and that’s all we’re focused on… We’re doing our best to keep out distractions and all the negativity. That’s our reason for doing our own thing.”

On competing against Gordon Ryan:

“I definitely see it being more of a competitive atmosphere, I don’t think we’ll be working together too much…

“We’ll likely compete against each other at ADCC. I’m going heavyweight, I’m sure [Ryan will] go heavyweight, as well. So more than likely I’ll see him in competition before I see him on the practice mats.

“I think it puts a lot of pressure on the B-Team. You have the GOAT in Gordon competing against a guy that’s been under him for the past three years… I’d be lying if I said that every day since I started jiu-jitsu my goal is to beat Gordon. I’d be lying if I was saying that isn’t true… My goal is to be the best grappler in the world and nothing less. That’s an old teammate that I have to go through to knock him out and get to the top, then that’s fine with me.”

On Gordon Ryan’s stomach issues and leave of absence from competition:

“If you ask me, Gordon’s always been fine to compete. When shit gets tough, some people go harder, and some people quit. Not everybody can deal with having hard practices. I’ll just leave it at that.”

On Nicky Ryan’s decision to not continue training with his brother:

“We cut the poison out for a reason. Nicky is a smart, intelligent, young kid, has the whole world ahead of him. And we want to our best to keep that kid leveled and headed towards the right direction.”