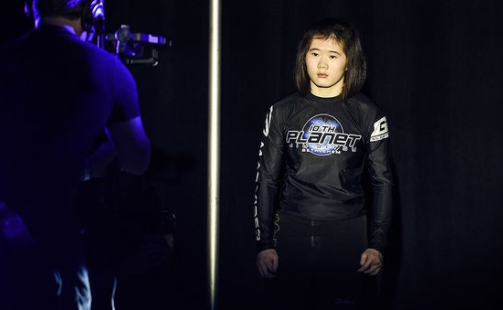 The Who’s Number One (WNO) event scheduled for April 30 has added a pair of compelling match-ups featuring some of the most exciting young grapplers in the world. FloGrappling has announced the addition of Nicky Ryan vs. PJ Barch and Grace Gundrum vs. Jessa Khan for the submission-only event.

The younger brother of current no-gi pound-for-pound king Gordon Ryan, Nicky Ryan was previously scheduled to face Roberto Jimenez at the February 26 WNO event, but was forced to withdraw due to injury. In his last WNO appearance, Ryan submitted Tony Ramos via outside heel hook.

Ryan’s opponent, PJ Barch, is a 10th Planet representative and a veteran submission-only competitor. In his last WNO, Barch lost a close but competitive decision to Andrew Wiltse.

Grace Gundrum and Jessa Khan are two of the most exciting young female competitors on the planet. Still just 18 years old, Gundrum is a 10th Planet black belt and a submission-only specialist. In her first appearance as a black belt in October 2020, Gundrum submitted three-time world champion Pati Fontes.

Khan is 19-years old and one of the best prospects to ever come out of Art of Jiu-Jitsu. She was a purple belt world champion and a brown belt European Open champion, and made her black belt debut at WNO in February, defeating Danielle Kelly via decision.

WNO on April 30 will air live and exclusively on FloGrappling.