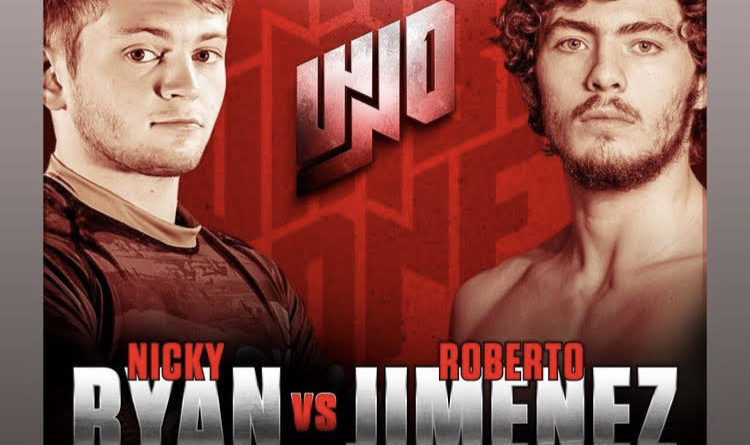 In a match-up between two of jiu-jitsu’s best young talents, Nicky Ryan will square off with Roberto Jimenez at a Who’s Number One (WNO) event scheduled for February 26. The match will take place before the evening’s main event featuring Craig Jones and Ronaldo Junior. News of the match-up was reported by Flo Grappling.

The younger brother to current no-gi king Gordon Ryan, Nicky is still a teenager but considered one of the most dangerous submission grapplers in the world at his weight class. Despite his age, he has been competing at an elite level for years, placing at ADCC trials in 2016 and 2017, and winning matches in Polaris in 2018 and 2019.

Like other members of the Danaher Death Squad, Ryan is adept in all positions, but tends to find much of his success when attacking the legs. Preferring to work from a seated open guard, Ryan is also an excellent back taker and finisher from the back.

Jimenez is also viewed as a grappling prodigy. At 20 years old, he has already established himself as an elite black belt competitor in both the gi and no-gi. In 2020 alone, Jimenez secured wins over Keenan Cornelius, Nathan Orchard, both of the Ruotolo brothers, Vagner Rocha, and Dante Leon, among others.

Although Jimenez is more than competent in leg locks, his game is generally much more traditional than Ryan’s. The closed guard is perhaps Jimenez’s most dangerous position, as he’ll work fundamental techniques like the arm drag to make his way to the back. Once on the back, Jimenez is one of the best finishers in the world.

Simply put, the match-up between Ryan and Jimenez is one of the most exciting to be made in grappling today. Both grapplers represent the future of the sport, and this could be the first of many matches between the two. Will Ryan’s open guard and leg locks give Jimenez trouble? Or will Jimenez’s straight-forward back-taking game shut down Ryan’s attacks?

The WNO event on February 26 will take place in Austin, TX and will be a fan-free event.