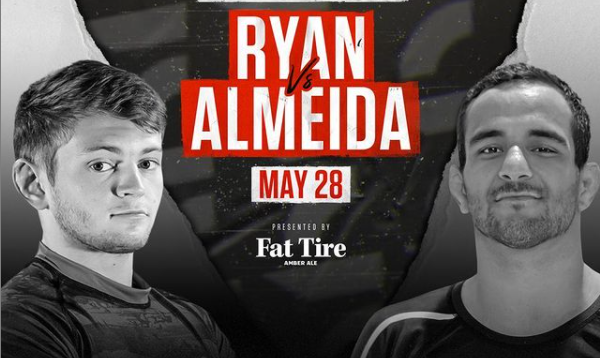 The Who’s Number One (WNO) event scheduled for May 28 just added another high-profile match-up to the already stacked card. Fresh off his decision win over PJ Barch, Nicky Ryan of the Danaher Death Squad will take on Checkmat’s Gabriel Almeida. The match was announced by FloGrappling.

The younger brother of Gordon Ryan, Nicky Ryan is one of the most accomplished and dangerous young competitors. He is a black belt under John Danaher and is the youngest athlete to ever compete in the ADCC championship. This will be Ryan’s third WNO appearance; he holds wins over Barch and wrestler Tony Ramos, as well as a decision loss to Tye Ruotolo in 2020.

Gabriel Almeida is one of Checkmat’s top competitors. He holds recent notable wins over Oliver Taza, David Garmo, and Kevin Casey, among others.

Almeida is no stranger to Ryan’s leg-lock heavy style, as he’s faced Ryan’s teammate, Oliver Taza, twice this year already. In both of those matches, though, Almeida was tentative to engage in relatively short submission-only matches. Here, Ryan will have a full 15 minutes to find his way to Almeida’s legs, and with his ever-improving wrestling and wrestle-ups, Ryan may even be able to put Almeida on his back.

Here’s the full WNO card as of right now:

How to watch: WNO takes place on Friday, May 28 and will live and exclusively on FloGrappling (subscription required).