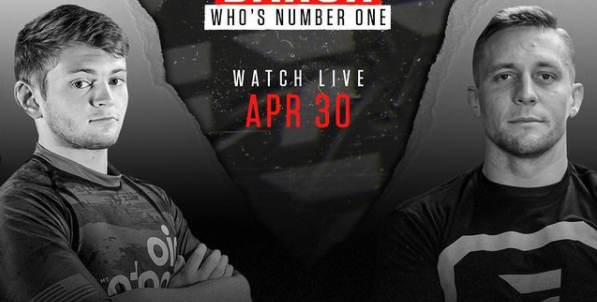 A big-time match-up between top competitors from the Danaher Death Squad and 10th Planet has been announced for the next Who’s Number One event. On April 30, ADCC veteran, 19-year old grappling phenom Nicky Ryan will take on PJ Barch, fresh off an impressive showing at the Emerald City Invitational.

The match was announced by FloGrappling, which will air the event live.

Ryan had been slated to face Roberto Jimenez earlier in the year at February’s Who’s Number One, but was forced to withdraw due to injury. His older brother Gordon Ryan filled in and defeated Jimenez by submission. The younger Ryan is now recovered and looking to build on an October 2020 submission win over Tony Ramos. Prior to that, Ryan had dropped a decision against Tye Ruotolo.

Barch competed at the last Who’s Number One in March, losing a close and competitive decision against Andrew Wiltse. Since then, though, Barch competed at the Emerald City Invitational, submitting four opponents, including ADCC veteran John Combs, on his way to a tournament championship.

With PJ Barch’s collegiate wrestling background and Nicky Ryan’s open guard and leg lock game, this match will likely take place with Barch looking to pass while Ryan tries to get underneath and too Barch’s legs. However, Barch is far from a novice with lower-body attacks, and could even threaten his own if Ryan is able to create a leg entanglement.

Who’s Number One on April 30 is headlined by Craig Jones vs. Tye Ruotolo.