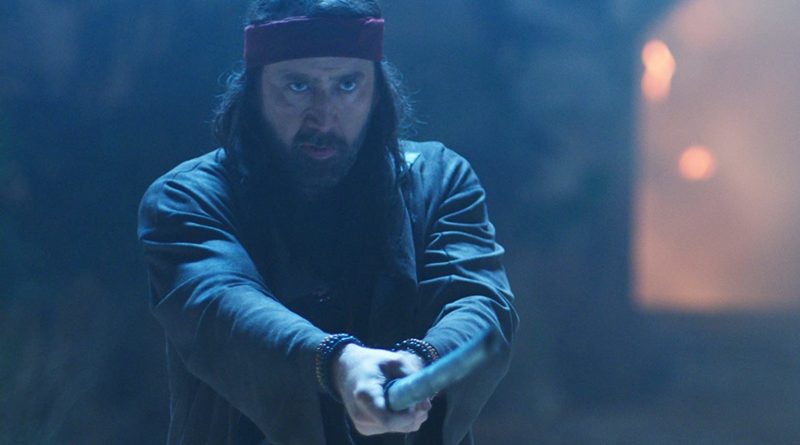 For the longest time, megastar and Oscar-winning actor Nicolas Cage has had this dream of making a full-on martial arts movie. He’s been close.

Cage, who studies with BJJ legend Royce Gracie, will be fighting interstellar aliens. What they aren’t revealing yet is how many arms to armbar or heads to rear-naked Cage will be looking at from his outer limits enemies. One thing for sure, though, this is BJJ big-time going up against the universe in the biggest tournament ever.

The movie has already been shot and is in post-production and the release date is Nov. 20.

Film Is Loaded With BJJ And Other Martial Artists

Cage is not the only BJJ black belt who will fight aliens in this futuristic flick.

The storyline pits Cage and a team of ancient Jiu Jitsu fighters “against a vicious race of alien invaders in a battle for the survival of the Earth,” according to a press release announcing the creation of a new U.S. theatrical distribution company called The Avenue Entertainment. The Avenue is being launched by Highland Film Group, led by Arianne Fraser and Delphine Perrier. For more photos from IMDB, go here.

“Jiu Jitsu” is the first title to be released under this banner.

The story comes from a comic book of the same name, which was written by Dimitri Logothetis with Jim McGrath. Every six years, Moussi and Cage must team up to do battle with Brax, the alien invader.

Logothetis also directed the film from a script that he wrote with McGrath.

I’m not a big movie-goer. But I like Nic (I call him Nic because I can), and I love Jiu Jitsu. He’s a freaky actor with lots of bad-ass style. What’s not to like, right? Here’s a freaky sample:

This isn’t the only time that Cage has had a chance to strut his martial arts, by the way. He also starred in uber-action movie “Outcast,” in 2011. And there aren’t a whole lot of movies in which he doesn’t punch, slam or throw somebody around.

“Jiu Jitsu” is a production of LBE Jiu Jitsu AVC, and produced by Logothetis, Martin J. Barab and Chris Economides. Fraser, Perrier and Gary Wood serve as executive producers, and Highland Film Group handles worldwide rights for the film. Here’s our earlier take on the movie.