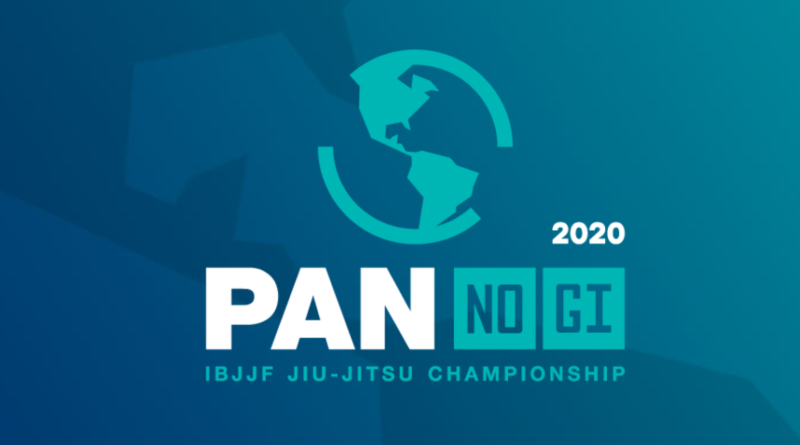 Let’s face it, we know this year sucked for BJJ competition. No adult Worlds, no ADCC trials and no No Gi Worlds meant a total lack of high-level tournament competitions. But there’s light at the end of the tunnel, as No Gi Worlds will go down this weekend. The date is Nov. 21 and 22, and some high-caliber competitors will fight for gold. In this post we’ll preview the 2020 No Gi Pans, the best weight divisions to watch and much more.

The last part of the year will be headlined by two events. These will provide some closure to the otherwise disappointing 2020 season. These events are Master Worlds and No Gi Pans. No Gi Pans is historically a smaller tournament, but this year’s registration numbers at adult black belt are quite high. A total of 98 male black belts are registered across all weight classes. Women weight classes unfortunately aren’t as stacked. Most divisions have one or two athletes.

Let’s take a look at five divisions — Middle, Medium-heavy, Heavy and Super-Heavyweight for males, and the women’s lightweight division. They have a good combination of star power and competitiveness that make them a must-see. There are other divisions that we won’t cover, unless you want us to.

Middlweight has the Atos name written all over it. A total of 21 athletes are registered in the most competitive division of the tournament, but some stand out. This is the case of Jonnatas Gracie, Ronaldo Junior, Oliver Taza, Felipe Cesar and YouTuber Chad Hardy.

Hardy made a name for himself in the BJJ YouTube community for being Nick ‘Chewy’ Albin’s sidekick. He then went on to create a brand for himself and recently reached 30k subscribers. He is extremely talented and uses intricate guard work combined with strong triangles. Hardy doesn’t have the competition accomplishments, but is a tough match for anyone.

Taza is a DDS representative with strong leglocks and a guard-heavy approach. The IBJJF won’t allow heel hooks and reaps until 2021, so he will be somewhat out of his element for this event. But don’t sleep on this guy. He has a very strong back system that can catch anyone. Cesar is a Unity representative with an amazing guard and passion for kneebars. In his career as a black belt he has tapped 11 opponents with his favorite technique.

Finally, there’s Gracie and Souza Junior. Gracie has been on a tear this year in the Gi, winning Europeans and making it to the finals at Pans. His No Gi game is extremely versatile, with dangerous back takes and strong passing. If we’re talking about passing though, we have to mention Souza Junior. This guy’s passing is next level, and he’s a threat to anyone trying to pull on him.

The favorites to take it

If we’re picking favorites, I think most will agree that Gracie and Souza Junior are at the top of the list. It’s fun to imagine whether they will close out, as we saw Atos representatives who didn’t at Pans. Either way, I think this will be the most compelling match of the tournament. Disruptors like Taza and Cesar can do damage, but they haven’t been active enough in my opinion.

The Medium-Heavyweight division is the most intriguing to me. Athletes like Michael Perez, Gabriel Almeida, Andrew Wiltse and Murilo Santana are the most decorated on the list. You have four of the most diverse competitors right there.

This event will feature the return of Perez to competition since ADCC 2019, so don’t feel bad if you’re not familiar with him. But he’s legit. He is one of the last people to beat Gordon Ryan. His game is scramble town. Perez is strong on bottom and dynamic on top, so he is a handful to anyone. He generally fighs one to two weight classes above his natural weight, and still does well.

Almeida has been one of the most active competitors of 2020. He’s racked up 23 matches since the beginning of the year, when most hadn’t even stepped on the mats. His game is versatile and he is well-versed on SLX. His submission game is all over the place. He attacks lower and upper body with ease.

Wiltse is the major disruptor of the tournament in my opinion. His game screams No Gi, and it resembles Dante Leon a lot. Wiltse uses Reverse De La Riva on bottom and attacks mostly come-up sweeps and back takes. On top he is a fierceful passer with an aggressive takedown game. As I said before, basically built for No Gi and ADCC style competitions.

Finally, the living pressure monster himself, Murilo Santana. Santana is the equivalent of a gym legend. Everyone who trains with him in the gym says he seems to be unstoppable. Known for his pressure passing, he employs over/unders and tripod posture to murder guards. A world champion in No Gi in 2013, Santana is a hard force to stop, especially on top.

My prediction is for Almeida to meet Santana in the finals. I think Wiltse is another good candidate, but I’m picking these two. I would love it if Santana were to win. But I also think Almeida has been much more active and this will be a factor on the defining moments of the match. Almeida takes it. Either way, the match I want to see the most is Santana against Wiltse, since their styles are built to fight each other.

There’s six athletes in this division, and three powerhouses. This weight class features Arnaldo Maidana, Aaron ‘Tex’ Johnson and the return of Kaynan Duarte to IBJJF competitions. This is madness. The three of them have completely different styles, which makes for incredible match-ups.

Maidana is a jack-of-all-trades. He can play guard, go for takedowns and play top position easily. People know him for his armbars and omoplatas from bottom position, but he can do everything. Maidana will generally play to his strengths, and being strong on top and bottom allows him to use the best tool for the job.

‘Tex’ Johnson is a foot hunter. He’s mostly feared in competitions where heel hooks are allowed, but his straight ankle lock is as good as they get. Even though there are no heel hooks on this one, he will still attack people’s feet. Johnson is one of the few athletes above heavyweight who pulls guard consistently in competition.

Duarte is one of the best black belts today. He was suspended from IBJJF competition after testing positive for Ostarine. Ostarine is a SARM (Selective Androgen Receptor Modulator) that improves athletic performance and produces weight loss. (Disclaimer: We’re not doctors here, but we understand that it’s clearly banned for a reason.) Regardless, Duarte looked almost unbeatable in 2019, winning Gi Pans, Worlds and Europeans together with ADCC. He has a nasty guillotine and is the best SLX passer I’ve seen.

My prediction is that Duarte takes this easily. Maidana has been extremely active this year and ‘Tex’ Johnson is always a threat, but Duarte is simply too good. His positional dominance on top, his submission threats and his intricate guardwork are too much for them to handle. I think Duarte will submit ‘Tex’ Johnson if they meet, by forcing him to expose his back on a pass. I think he’ll defeat Maidana via points or submission.

Even though their divisions are growing each year, this year’s No Gi Pans are shallow. The lightweight division is the only one bringing some star power, with Nicole Sullivan and Nathalie Ribeiro possibly clashing in the finals.

We’ve covered this match up before, as they met at the 2020 Gi Pans. Sullivan lost, but it’s interesting to note both times they’ve met, it’s been in the Gi. They are 2-0 for Ribeiro right now, but you can bet your house Sullivan is coming for revenge.

I’m still picking Ribeiro to win though. Her guard is flexible and difficult to pass, and her guard retention is next level. She will definitely pull guard, and release a barrage of attacks from there. Look for her to pull guard and play it safe for the first half of the match, and then turn it on closer to the final bell.

Do you agree with the divisions we posted? Do you want us to cover other divisions in future previews? Let us know via social media by clicking here.