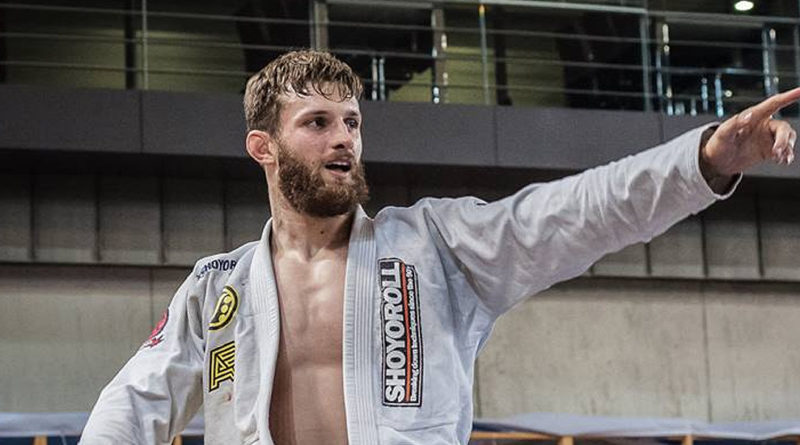 Adam Wardzinski had a difficult matchup in the opening round of No Gi Worlds 2019 as he came to face Todd Mueckenheim but showed just how good he is in making it look easy. He managed to achieve the biggest points difference of any black belt adult match so far in a huge victory over Mueckenheim in the Heavyweight division.

Wardzinski sat to guard straight from the opening moments and Mueckenheim attempted several standing guard passes before finally sitting to his knees and allowing Wardzinski to establish a solid butterfly guard. He was clearly in his element here as he threatened several sweep attempts before Mueckenheim was forced to stand and disengage.

After another standing guard pass attempt, Mueckenheim knelt into Wardzinski’s butterfly guard again and this time he didn’t think twice. Wardzinski grabbed an overhook and landed a slick butterfly sweep to half-guard. Wardzinski managed to knee-slice through to side control only for a few seconds before Mueckenheim regained half-guard. He played a heavy top-game and managed to shut down all of his opponent’s attempts at turning to his side, once again passing guard but to full mount this time.

He attempted an arm triangle and had the choke in deep, even forcing Mueckenheim’s hand to hover in the air for a moment considering tapping before he managed to turn to his side and escape. Wardzinski didn’t miss a trick though as he stepped over to take Mueckenheim’s back. He spent the next few minutes working for the rear-naked choke until Mueckenheim managed to clear one of his hooks and get his back to the mat. Wardzinski settled into full mount to score his final 4 points of the match and ride out the last thirty seconds to finish 27-0 up on the scoreboard.

Adam Wardzinski moves on to the Semi-Finals against the winner of Fellipe Ubaiz Trovo and Murilo Silva Ferreira.