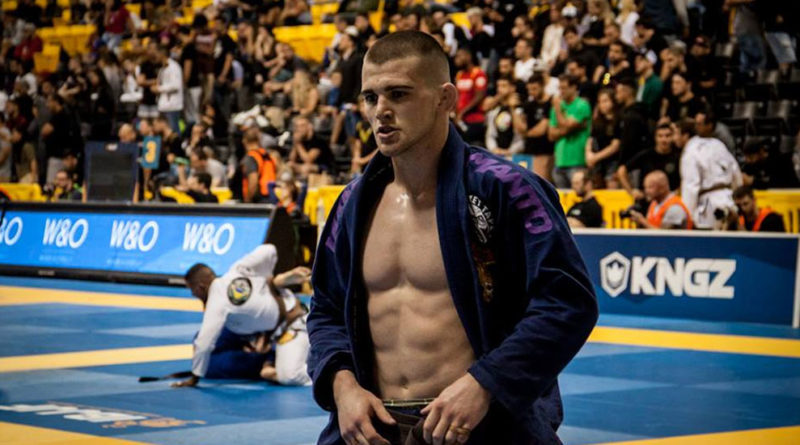 Dante Leon looked in good form in No Gi Worlds yesterday even though he received a bye through the opening round. He met Jaako Vilander in the second round and although Vilander put up a tough fight, he was no match for the man who narrowly missed out on an ADCC medal earlier this year.

His first match today was against Pedro Henrique De Oliviera and Leon sat to guard almost immediately. This allowed him to spin underneath for a tight kneebar attempt as Oliviera stepped into his guard. When Oliviera turned away to defend the submission and clear his knee-line, Leon came up to pass and score the first points of the match from the sweep.

Oliviera scrambled and managed to recover half- guard but Leon worked patiently for an arm triangle. Once he had the grip, Oliviera attempted to turn into the choke to relieve pressure. As he turned, Leon hopped over the side to take his back with perfect timing. From there, Leon kept hold of the arm involved and crawled up Oliviera’s back to switch to a triangle choke instead.

With the triangle locked in and full control of the arm stuck inside, it was mere seconds before Oliviera was forced to tap and concede the match just before the six minute mark.

Dante Leon has guaranteed himself a medal at No Gi Worlds as he moves on to face the winner of Diego Dias Ramalho and Felipe Cesar Silva in the semi-finals.