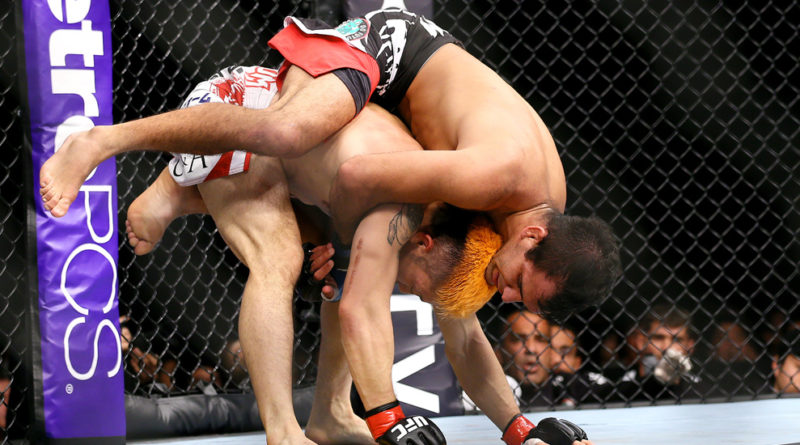 Rani Yahya, an experienced UFC fighter and ADCC champion, has just won Featherweight gold at No gi Worlds 2019 in the Master’s division.

It is rare to for a competitive MMA fighter to have this level of success in pure grappling at the same time, but Rani Yahya has managed it. With a pro record of 26-10-1, a full twenty of his wins have come by submission (mostly a variety of chokes). Not as many chokes this time around, but an overall impressive performance nonetheless.

He beat Ryan Potterbaum in the opening round in dominant fashion before making quick work of his quarter-final opponent. It wasn’t long before he was wrapping up a lightning-quick arm triangle finish of Konstantinos Nikolopoulos in the quarterfinals, but that would be his last submission in the tournament.

This doesn’t tell the whole story, however. He might have beaten Fabio Passos by advantages, but the match was full of action as the fighters traded submission attempts and Yahya had a tight toehold at the end of the match. Unfortunately for Yahya, Passos escaped shortly before time ran out. His victory in the finals featured less submission attempts but more traditional positional BJJ as he put on an absolutely dominant performance over Damon Morgan, last year’s winner of the tournament, as he beat him 11-2.

This article is part of our weekend’s coverage of No Gi Worlds 2019, for more news click here.