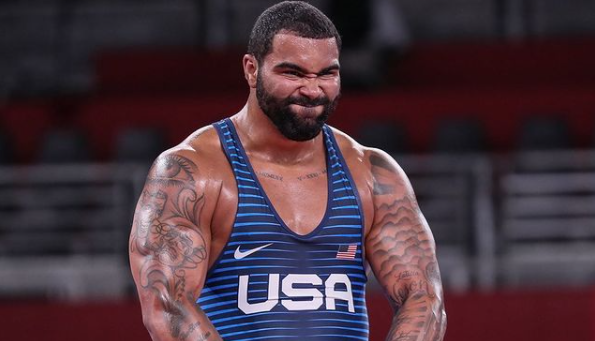 Fresh off his spectacular and stunning gold medal performance at the 2020 Olympics, 21-year old wrestler Gable Steveson is keeping his options open. In a recent interview with MMA Fighting’s Damon Martin, Steveson talked about his future plans, among other things.

At the moment, Steveson seemingly has a world of options in front of him. A 2021 NCAA national champion for the University of Minnesota, he still has two years of eligibility and could return to college in hopes of winning an additional national championship. Alternatively, he could pursue a career in professional wrestling (and the WWE has shown some interest, to a degree).

Finally, a third clear option seems to be MMA. For his part, Steveson has been open to trying MMA, even sending a cryptic tweet to UFC president Dana White.

In short, Steveson is leaving all of his options open.

“There’s a lot of places to go, I don’t know what’s next for me. WWE, UFC, football, go back to school, who knows? But at the end of the day, the best decision will come to my family and who knows when it may came.”

Given his elite wrestling credentials, incredible athleticism, and a knack for showmanship, many believe that Steveson would be a perfect fit in MMA. Steveson seems plenty open to that possibility.

“I sent that tweet out to Dana. I’m sure he saw it, I’m sure someone from his desk got a hold of him. But like I said, all options will be open.”

If Steveson does choose to make the switch to MMA, it’s unlikely he gets an immediate call to the UFC, but his ascent in the sport would be rapid, to say the least.