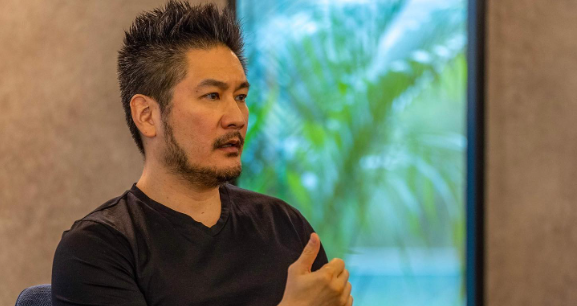 ONE Championship CEO Chatri Sityodtong is building something special, and he desperately wants the world to know.

“We are the most watched combat sports organization on the planet,” Sityodtong told Grappling Insider.

Armed with the findings of a recently released Nielsen report, Sityodtong simply loves to talk about the growth of ONE – the promotion he founded and refers to as the “world’s largest martial arts organization.” The Singapore-based ONE puts on fights in MMA, kickboxing, Muay Thai, and submission grappling, and recently signed a broadcast deal with Prime Video that will bring ONE to primetime audiences in the United States.

A major part of that growth is ONE’s recent commitment to building a stable of world class submission grappling and Brazilian jiu-jitsu competitors. Recent ONE signees include the likes of Tye and Kade Ruotolo, Andre Galvao, Danielle Kelly, and Mikey Musumeci.

“Five years ago we experimented with Garry Tonon versus Shinya Aoki, and it did well, but not phenomenally well. Not as well as I thought. Then when we did Danielle Kelly and Mei Yamaguchi, as well as Andre Galvao versus Reinier De Ridder. Those numbers did very well, and so I was kind of surprised. And then Mikey blew the roof off the cover.”

According to Sityodtong, Musumeci’s April 22 match against Masakazu Imanari was the most watched jiu-jitsu match in history – a believable claim considering that the vast majority of grappling’s biggest matches live behind a paywall that requires a yearlong subscription upfront. Musumeci versus Imanari was available to American audiences for free on YouTube.

Sityodtong and ONE are now all in on submission grappling, adding the services of legendary competitor and Checkmat founder Leo Vieira as Vice President of Submission Grappling. The time to invest in grappling, they believe, is right now.

“Leo and I have this vision of, look, it’s a special moment in history and three years, five years from now, I do believe that when we look back at this point in time, we’ll look at this point in time as a start of the biggest revolution in grappling history, of bringing the sport truly global and truly mainstream. I think all the elements are right,” Sityodtong said.

For Sityodtong, that revolution starts with the talent.

“We’ve been signing all the very best talent in jiu-jitsu,” he said. “And when I mean best, just because you win an IBJJF world title or an ADCC world title, does not guarantee that you’ll be signed by ONE. We want to sign the very best ADCC champions, the very best IBJJF champions, in terms of not only technical prowess but in terms of aggressive style, exciting style, and finishing mindsets. That’s what draws the fans in ultimately.”

To that end, ONE has successfully signed a number of jiu-jitsu’s best stars. Musumeci has relocated to Singapore full-time, if that’s any indication of his faith in and relationship with ONE.

Notably, Sityodtong shared that both Ruotolo brothers, who collectively account for one half of the male Who’s Number One champions, are now exclusive with ONE.

Sityodtong doesn’t hide how ONE has been able to attract the biggest names in grappling: money. Not only does the promotion offer a massive viewership base from which athletes can grow their personal brand, ONE is also offering the biggest paydays in grappling, according to Sityodtong.

“This thing has been easier than I thought in terms of the interest it’s generated from the community. Every big-name jiujitero that you can think of on the planet has already contacted us or is already in discussions…” he said. “People are tired of getting paid a thousand dollars. They can see that even just the bonus alone is 50 thousand [dollars] in ONE.”

Indeed, Musumeci earned a $50,000 bonus for his submission on Imanari, as did Tye Ruotolo for his d’arce choke finish on Garry Tonon.

“I’m quite confident that Tye made the most in the history of jiu-jitsu for a single match, more than Gordon Ryan or anybody,” claimed Sityodtong. “I’m pretty confident of that, because I know what he made, obviously. He made a lot of money, including the bonus, and a far cry from one thousand or five thousand or whatever dollars that people get in the major tournaments today.”

Make no mistake, Sityodtong is proud that ONE is paying “multiples of whatever anyone else is paying,” but money is only one part of his plan to grow submission grappling into a spectator sport. After attracting jiu-jitsu’s biggest and most entertaining names, Sityodtong hopes to use ONE’s established platforms and new Prime Video deal to catapult the sport of grappling into a new realm.

“You can combine all the jiu-jitsu organizations today in the world and add them up and they wouldn’t have the same viewership, would only have a fraction of the viewership ONE has,” he said.

Currently, ONE submission grappling matches take place on cards featuring other martial arts like Muay Thai or MMA. But Sityodtong envisions something much more than the occasional grappling match.

Sityodtong understands that in order to make submission grappling a true spectator sport, he needs to attract fans that don’t necessarily practice grappling or jiu-jitsu themselves. He understands this is the real challenge, but one he seems optimistic about overcoming.

“I want it to become a truly spectator sport in the way all the major sports properties are spectator sports. Most people who watch basketball, the NBA, actually don’t play basketball. That’s what’s amazing about what the NBA has done. Because once up a time, the NBA was only for basketball practitioners and those were the only fans that watched basketball. Today, you don’t have to ever touch a basketball and you’re still gonna watch the NBA finals, all over the world. That is my vision for ONE and grappling in ONE. It will be the NBA of grappling. It won’t be just grappling practitioners and the viewers being grappling practitioners.”